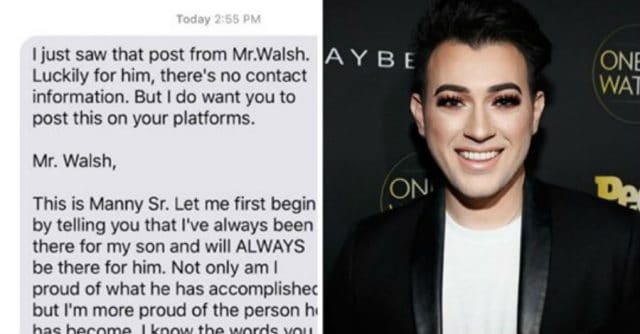 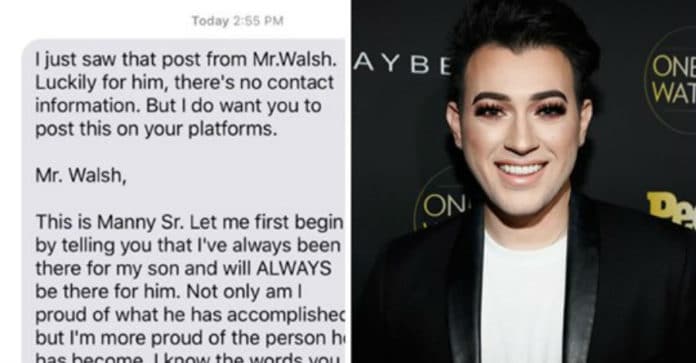 Manny Gutierrez is a YouTuber and a makeup guru, and he has taken the beauty world by storm.

He was just recruited by Maybelline to be their face of the new mascara campaign, and it’s the first time in history that role to be given to a man. 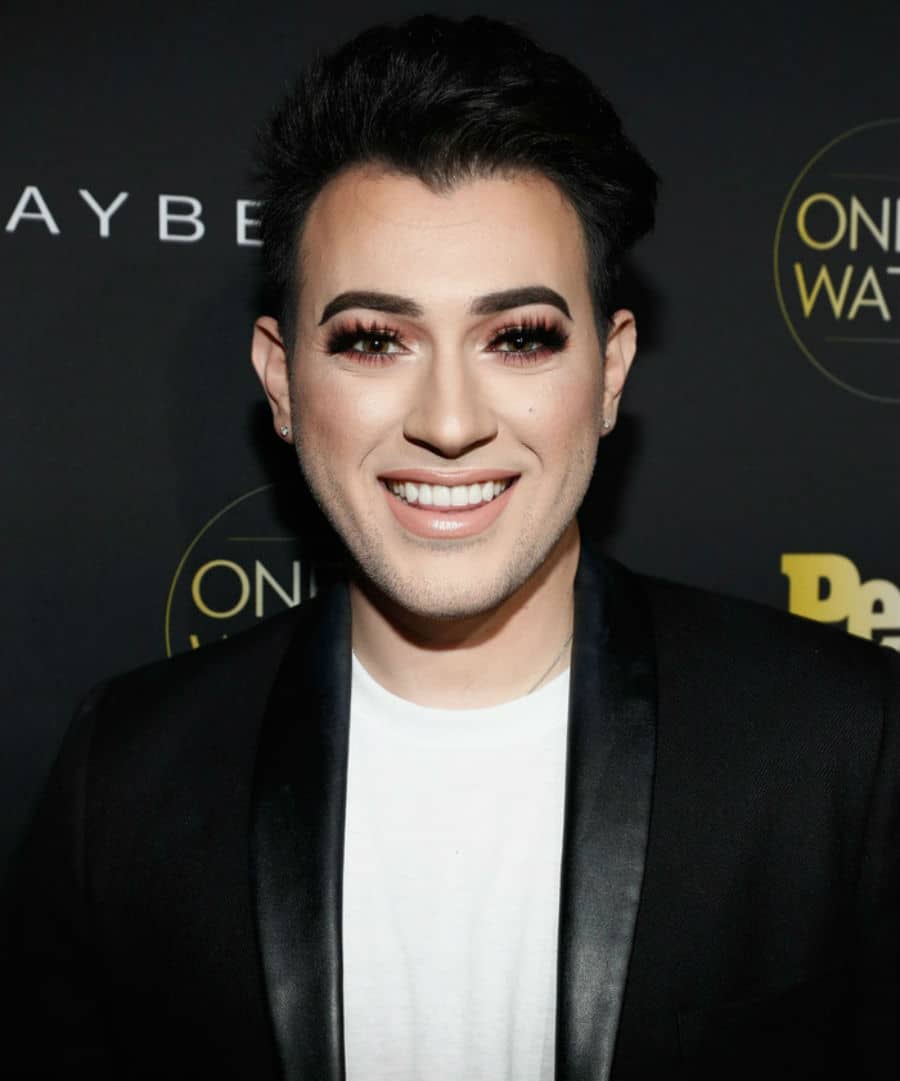 And the move, from a promotional point, was a smart one, because Gutierrez has amassed millions of fans on social media, and they follow him for his expert makeup advice and hilarious presence.

However, Gutierrez, who is openly gay, has gathered some unwanted attention too with all the extra fanfare lately.

Conservative blogger Matt Walsh tweeted out a photo of Gutierrez recently and wrote that “this is the reason dads should be there to raise their sons”. 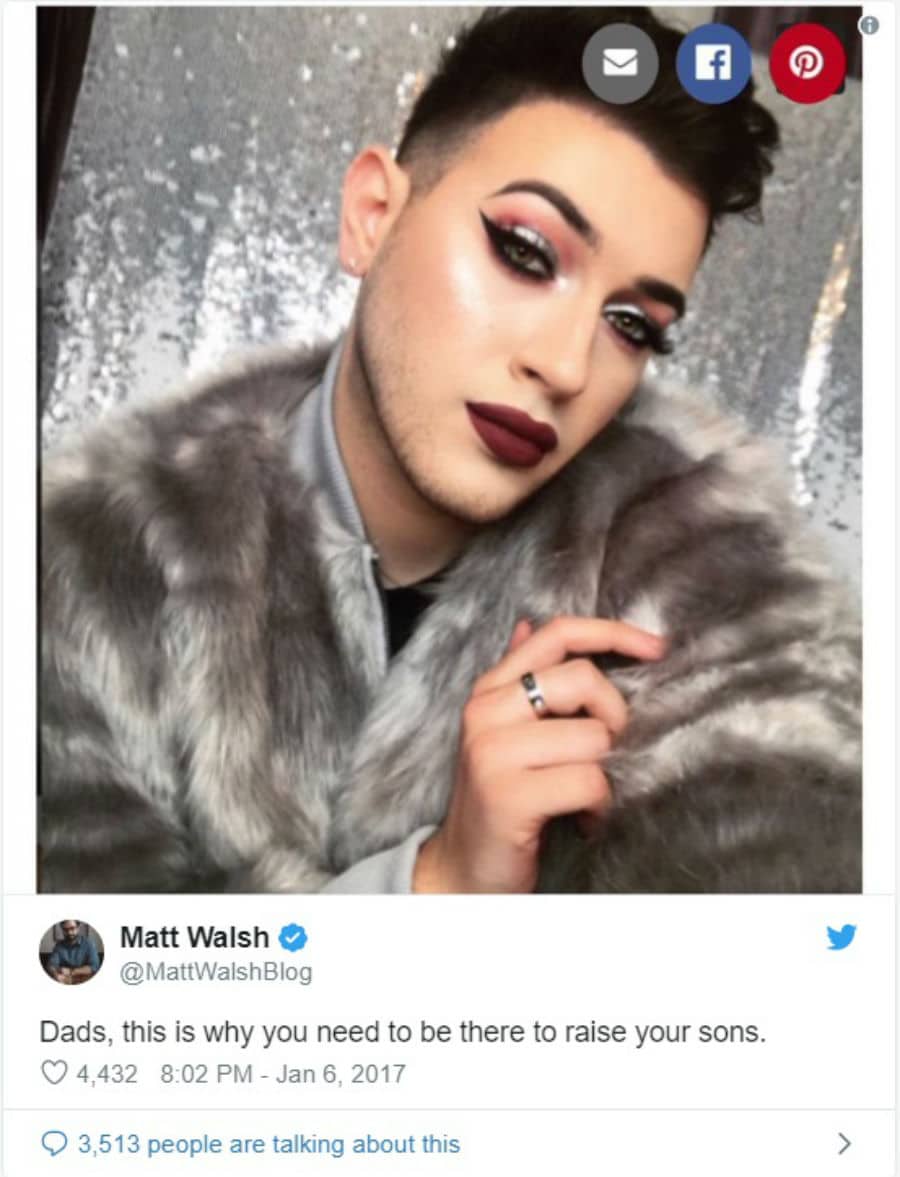 Needless to say, Walsh’s tweet features so much bigotry and ignorance in less than 140 characters, and not only that his rhetoric is harmful, but it’s also incorrect.

Thankfully, Gutierrez’s dad, “Manny Sr.”, has been there for his son all the time, and he has been one of his biggest supporters.

After many people reacted to Walsh’s tweet, Manny Sr. decided to step up, and he wrote a message addressed to Walsh and asked his son to share it on his social media accounts: 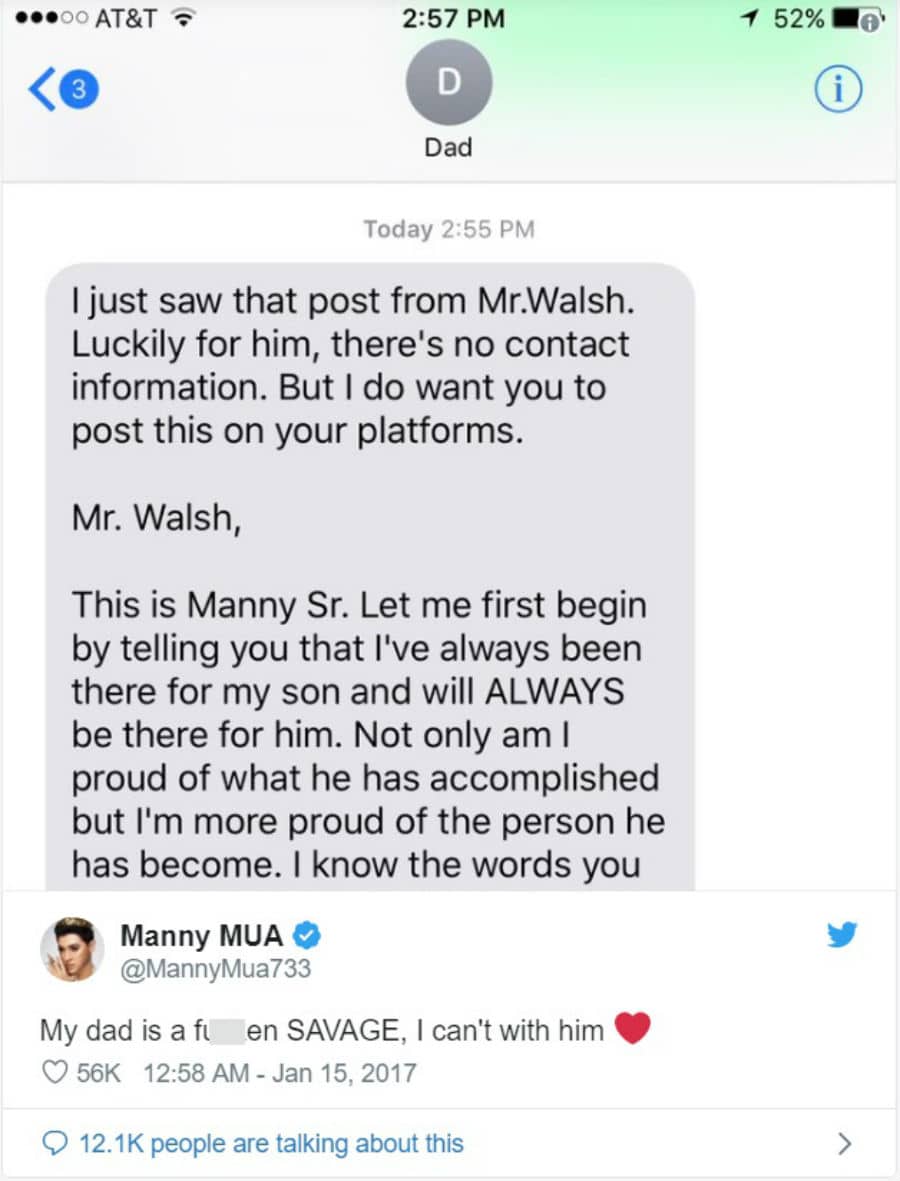 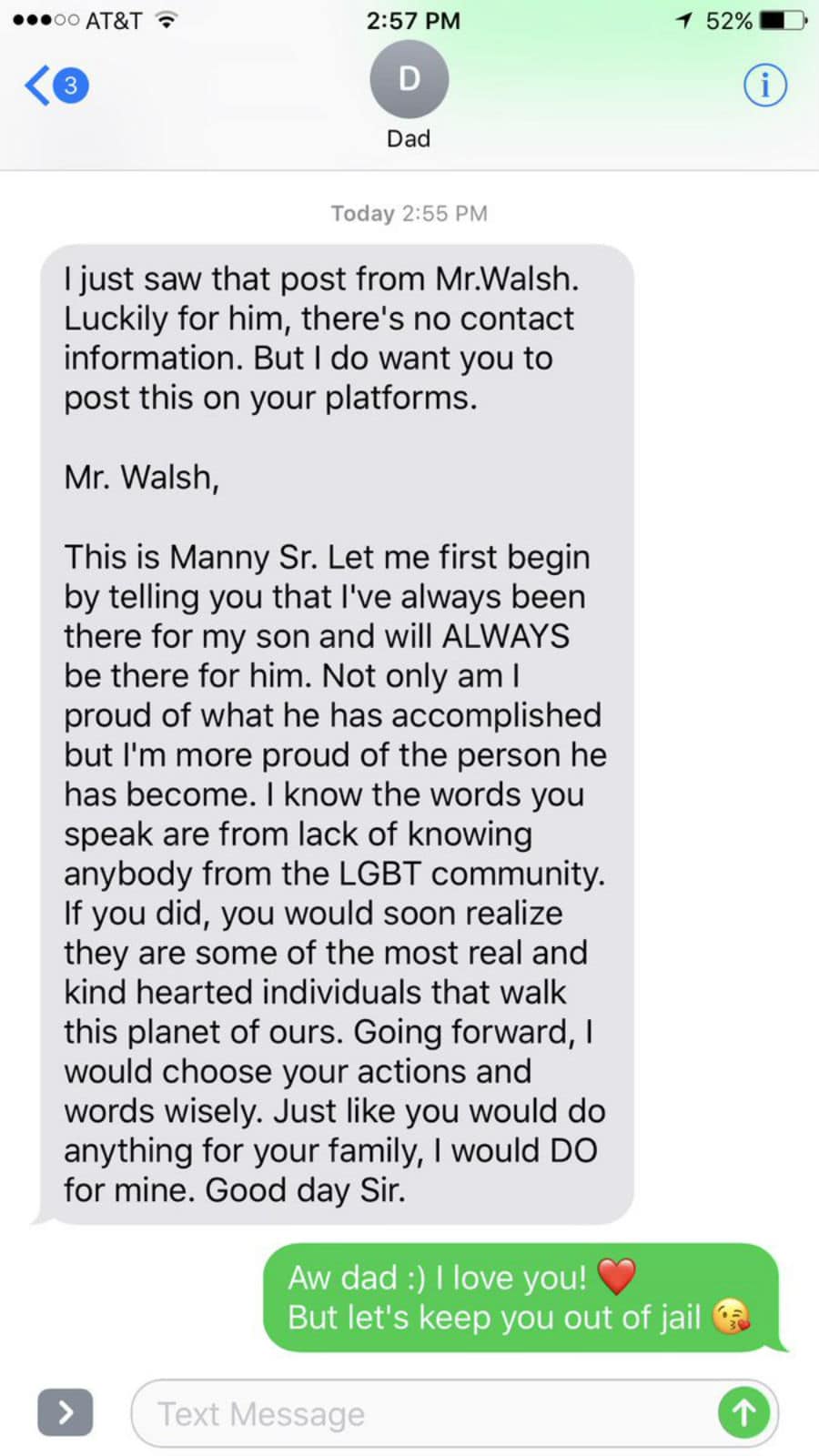 Manny’s tweet and his dad’s message has spread much further than Walsh’s original comment, and it gathered more than 56k likes and 12k retweets.