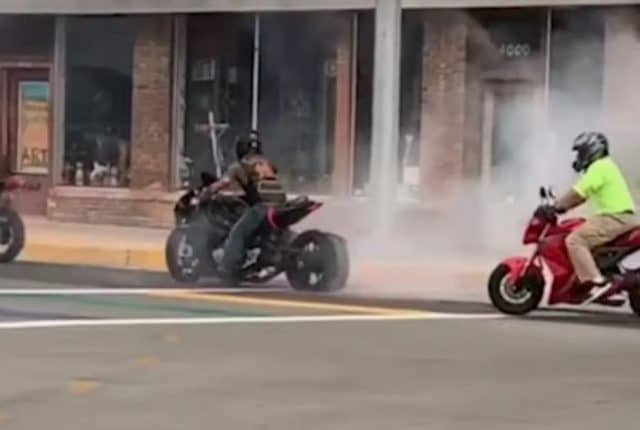 Videos appeared online showing bikers defacing rainbow crosswalks in Albuquerque that were painted for Pride Month. The bikers burned rubber and left skid marks on the crosswalk. One of the bikers even popped a tire while vandalizing the crosswalk.

The city paid $30,000 to install the crosswalks this year, three times the cost of plain white crosswalks.

“I can’t believe we can’t have anything nice,” resident Melvin Hanson told NBC4.

“To the vandals, I hope you got something out of it. But my message to you, is grow up,” said New Mexico Senator Jacob Candelaria, the only LGBTQ state legislator in New Mexico.

Albuquerque Police said that they are currently investigating. They are hoping that the videos will help identify the vandals.

But despite their possible hate, Candelaria said, “Little boys like that, who defaced that sidewalk they’re never going to take our pride away.”

The vandals could face hate crimes charges if found.