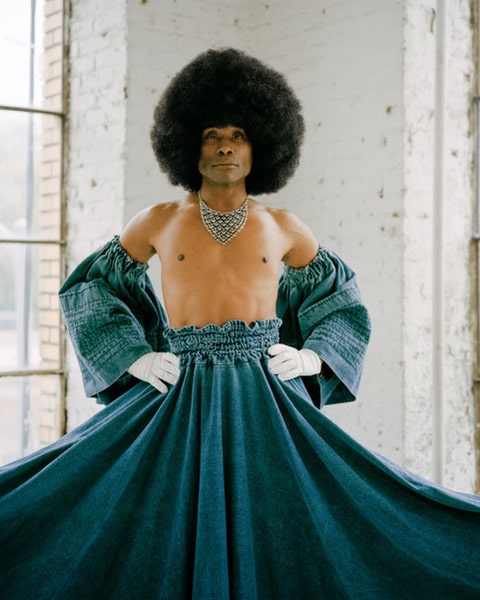 Actor and singer Billy Porter has appeared in a new photoshoot and he looks incredible.

Porter, who currently stars in the TV series Pose, is featured on the front cover of the June issue of Gay Times magazine.

On the cover, he wears a wide-brimmed hat and gold jewellery and he appears in a number of amazing outfits in the shoot – including a flowing, denim skirt and a pastel pink suit.

In an interview with Janet Mock for the issue, Porter talked about his sense of style.

“One of the instruments of silencing that I came across when starting is this idea of clothing. This idea of how you present. The first impression is what people see, right?” he said.

“I’ve always had an outrageous sense of style and fashion. I’ve very often been laughed at for the kind of things I wanted to wear. This microscope of masculinity within the media. Men are under this microscope from the moment you hit [the red carpet] and everybody is looking to see if you slip up.”

He added: “I’m queer, I’m out, I’m fabulous, I’m a leading man and I’m running shit. I don’t have to adhere to any of these rules and I can go onto these red carpets and play because it doesn’t matter.”

Porter, who won a Tony Award and a Grammy for his role in Kinky Boots, also talked about working in a heteronormative industry.

“I always felt like – this was the messaging I received – that you as a black gay man are allowed to be this and that is it,” he said.

“I was not happy about it but very used to being plugged into those archetypes. I never imagined that I could be a black, gay, out leading man,” he added.

The June issue of Gay Times is out now online and in stores.