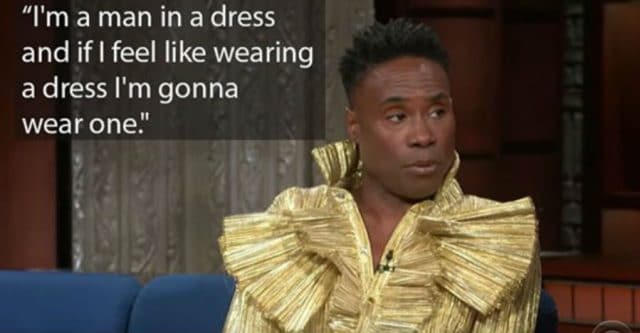 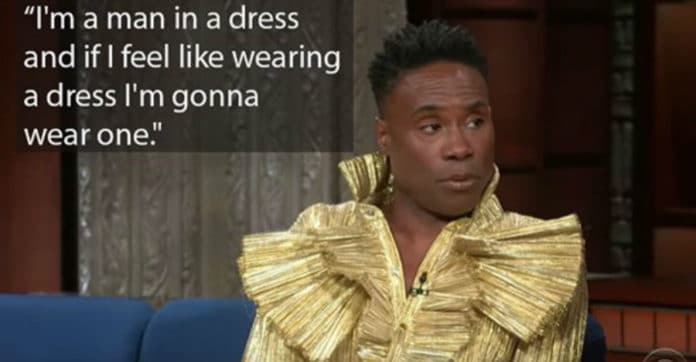 Billy Porter has been the talk this week after he wore a showstopping hybrid of a dress and a suit to the Tony Awards.

Porter’s Tony’s outfit featured a motif of a uterus as a statement about women’s reproductive rights.

When speaking to Stephen Colbert, Porter spoke about the views society has on men who wear dresses and what those views say about how society views women.

However, the minute a man puts on a dress, it’s called “disgusting”. So, he questioned whether society tries to say is that men are strong, and women are disgusting.
He said that he’s done with that. He’s a man in a dress, and if he feels like wearing a dress, he is going to do it.

Check out the whole interview below: