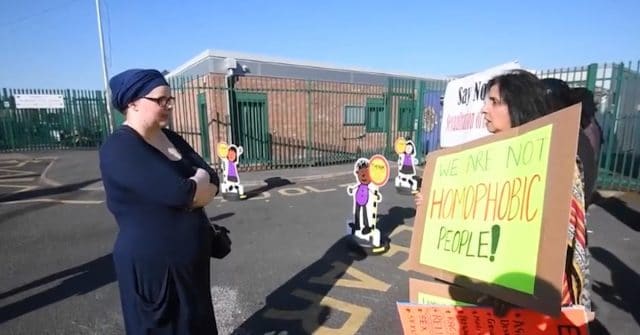 Critics of the Birmingham school protests have been labelled “snowflakes” as the local council seeks a new injunction to ban demonstrators from school gates.

John Randall, speaking on behalf of the protest organisers, accused Birmingham City Council of painting a “misleading and exaggerated” picture of the demonstrations, which have been taking place for over two months.

“This suggests the demonstrations have crossed the line into unlawful or non-peaceful, when in fact it would require something of a snowflake sensitivity to regard them as terrifying or threatening,” he said on Monday (June 10), according to BirminghamLive.

He argued that “any child has a right to education but that… must not become state indoctrination, as set out in the European Convention on Human Rights.”

He said that at the largest of the protests, Shakeel Afsar—one of three named defendants in ban—introduced “another person from another part of the country who made several statements alleging people in the school were paedophiles and pursuing a paedophile agenda.”

“These are allegations made without substance and without any relation to reality,” he said, according to BirminghamLive.

Randall acknowledged that this was “a word my clients have publicly disowned in connection with this issue.”

Officials cited “increasing fears for the safety and well-being of the staff, children and parents” in their request, which was granted on May 30.

The council returned to court to seek an extension to the ban, which is due to expire. A decision is expected on Monday (June 10) evening, ahead of a potential full trial at the end of July.

The West Midlands Mayor Andy Street has called for an end to the “upsetting” protests.

Street said that as a gay man himself, he had thought homophobia was a “non-issue in our city,” but had been left in “disbelief” at the leaflets and banners being distributed by the protesters.

“You look at what’s being said and it’s really upsetting but it is actually ultimately homophobic and it is illegal and it has to stop now,” he told the BBC on Friday (June 7).

Street reiterated the often-stated point that the equality curriculum does not include sex education. Simply, he explained, it teaches “that society contains different types of people and mustn’t be too obsessed by the LGBT element of this debate because the principle at stake is much broader than that.”