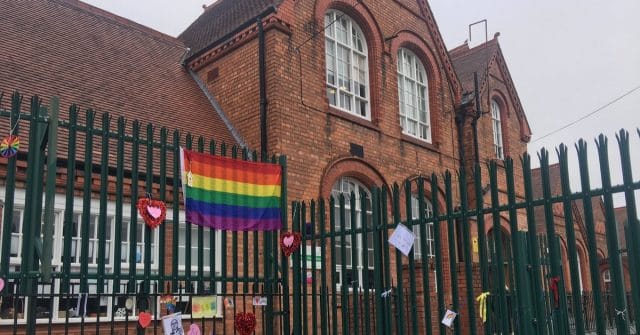 Teachers at Anderton Park Primary School in Birmingham are reportedly breaking down in tears because of hostility from parents protesting the teaching of same-sex relationships.

Nafir Afzal, a former chief prosecutor for North West England who is in charge of talks between the council, parents and teachers, told Sky News that school staff are at risk.

The demonstrators want primary schools in Birmingham to stop teaching a programme called No Outsiders, developed by Andrew Moffat, which aims to educate children on the Equality Act 2010.

Afzal said talks between parents and teachers over the issue had not been successful and that misinformation was being spread among parents by people with no children at the school.

“I’ve seen people walking around outside of that school with stuff that they have downloaded from the internet suggesting this is on the curriculum.

“This is what’s being taught to their children. It’s a lie. And this is what I’m dealing with.”

Earlier this year, the school’s head teacher Sarah Hewitt-Clarkson said she had been receiving threats by phone and email over LGBT+ lessons taking place in the school.

The threatening messages are being investigated by police.

Speaking to PinkNews in March, Hewitt-Clarkson said the school would “not bow” to demands to stop their LGBT+ inclusive curriculum.

“Equality is a real strength of ours, the children talk about it all the time. We want to usualise the language of equality.”

In a video posted to the school’s website in March, Hewitt-Clarkson explained their teaching and the law.

“It is nothing to do with sexual or intimate relationships at all in primary school.”