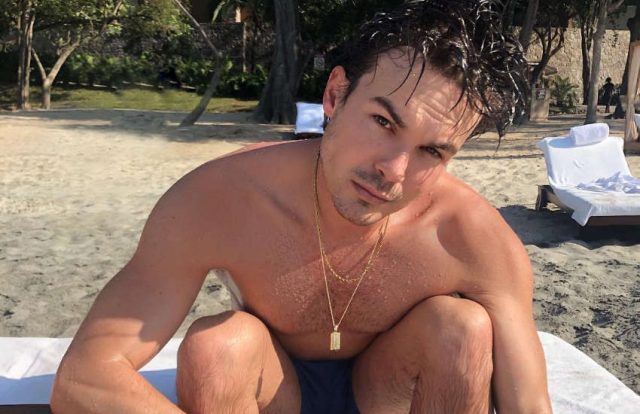 Actor Tyler Blackburn came out as bisexual in April this year and has now revealed he’s in a relationship with an ‘amazing’ guy.

In the Pretty Little Liar actor’s first interview since coming out, he told he previously took an ex-boyfriend to a convention for the hit-TV show. But because Blackburn wasn’t out, people assumed his boyfriend at the time was his brother.

‘He was very patient,’ Blackburn said. ‘But then afterwards he was like, “That kind of hurt me”.

‘It was a big part of why we didn’t work out, just because he was at a different place than I was. Unfortunately, we don’t really talk anymore,’ he revealed.

Blackburn then revealed he’s now dating an ‘amazing’ guy, but did not elaborate.

Although Tyler Blackburn didn’t start dating men until he was 26, he was experimenting with them in his teenage years.

‘I had to really be patient with myself — and more so with men,’ he said. ‘Certain things are much easier with women, just anatomically, and there’s a freedom in that.’

On his sex life, he revealed: ‘As I got older, I realized good sex is when you really have something between the two of you.

‘It’s not just a body. The more I’ve realized that, the more able I am to be settled in my sexuality. I’m freer in my sexuality now. I’m very sexual; it’s a beautiful aspect of life,’ he said. 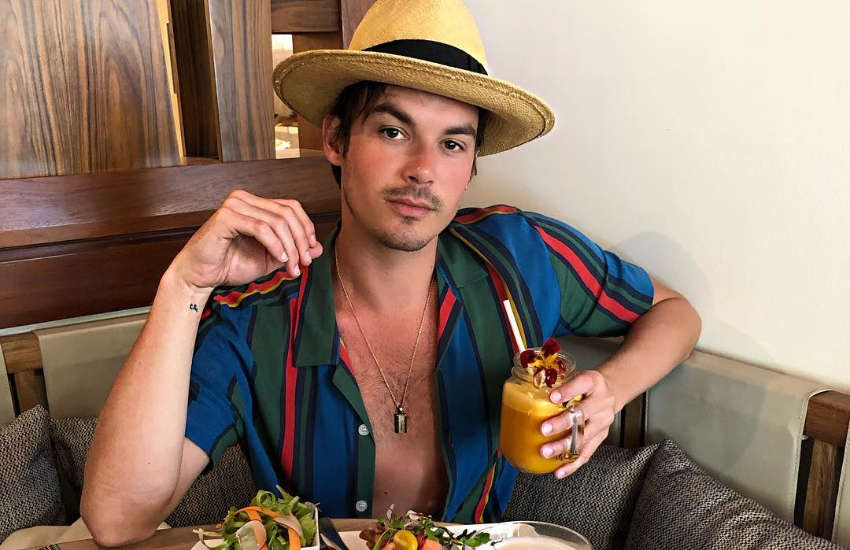 Blackburn also opened up about the immense positive reaction he’s had to coming out as bisexual, including from his father.

‘He called,’ Blackburn said. ‘And it was just every single thing you would want to hear from your dad.’

On stigma surrounding bisexuality, he said: ‘I’ve had to check myself and say, I know how I felt when I was in love with women and when I slept with women.’

He then added: ‘That was true and real. Don’t discredit that, because you’re feeding into what other people think about bisexuality.’

Back in April, coming to terms with his sexuality took years.

‘I’m queer,’ Blackburn said in the interview. ‘I’ve identified as bisexual since a teenager.

‘I just want to feel powerful in my own skin, and my own mind, and in my own heart,’ he added.

In the interview, Blackburn said that he was plagued with ‘self-doubt’ throughout his youth.

‘I got bullied a lot by other boys, and I just felt like my soul was slowly being taken from me,’ he said about his experiences growing up in Los Angeles.

Blackburn said that he began to isolate himself from friends and family because it ‘felt safer’, though looking back, the isolation was ‘soul-crushing’.

Despite dating a number of women in his 20s, the 32-year-old says he always had an ‘underlying curiosity’ about men.