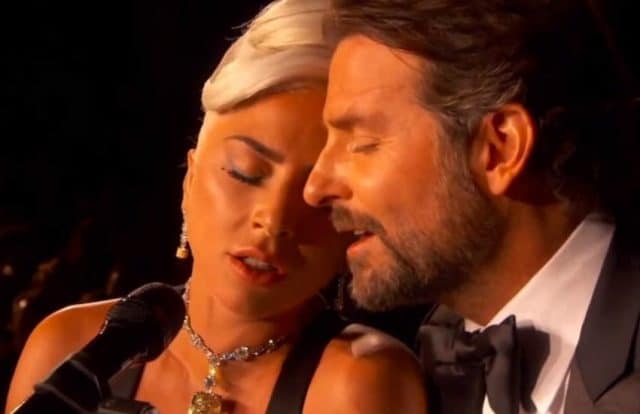 Bradley Cooper and Irina Shayk have ‘amicably’ split after four years… and people are throwing Lady Gaga into it.

As the news of the separation began circulating today (7 June), fans started cheering on at the idea of Gaga and Bradley getting together.

And it’s not cool.

Sure, Cooper and Lady Gaga starred in the acclaimed remake of A Star Is Born, where they play a starstruck couple of musicians whose chemistry is palpable.

The two also gave an amazing performance at the Oscars last 24 February which left many fans questioning the nature of their relationship.

As Bradley and Gaga dueted, we all held our breath. During Shallow, which won an Oscar for Best Original Song, they looked at each other in a way most couples can only dream of.

But it was a staged performance and they’re both professional actors.

Ever heard of acting? It’s that thing where you summon your emotions from previous experiences and pour them into a new performance.

Moreover, the Russian supermodel was at the ceremony, applauding them for the emotional moment they blessed us all with. Shayk, who has a daughter with Cooper, also hugged Gaga afterwards.

What’s more, Gaga herself shut down the rumored affair in an .

Yet, the first thing that occurred to all A Star Is Born stans was blaming Gaga for the split.

Or sharing oh-so-funny pics and GIFs of the Bad Romance singer running to Bradley now that he’s newly single.

Lady Gaga, an accomplished artist with an Oscar and nine Grammy Awards under her belt, is trapped into the trite narrative of existing purely to get herself a man.

Her and Shayk have been pitted against each other ever since the Oscars and it’s only getting worse.

Shayk surely deserves privacy and respect at such a delicate time, and so do Cooper and Gaga, whatever happens next.

What might seems like innocent celebrity gossip actually perpetuates gender stereotypes. This sort of portrayal of a relationship we know nothing about is harmful, sexist and, frankly, shallow.