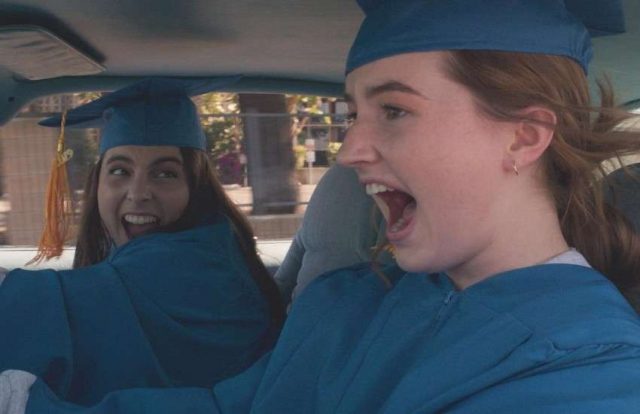 Fast Times at Ridgemont High, Clueless, Breakfast Club, Mean Girls. The teen comedy is a movie genre often worthy of cult status — if done well enough. Booksmart is the latest entry into this canon and after only one week of release, it’s already well on its way to joining the likes of its most famous predecessors.

Olivia Wilde’s directorial debut exists more in the raunchy vein of Superbad, but at its heart it possesses an enormous amount of compassion and self-awareness.

It also has an LGBTI lead who’s depicted with a sincere frankness — something missing from most of the teen comedies listed before.

Booksmart tells the story of high school best friends Molly (Beanie Feldstein) and Amy (Kaitlyn Dever), straight-A students who, the night before graduation, try to cram in as much fun as possible after realizing they may have missed out the past four years.

The crux of the film’s plot rests in a high school bathroom.

When Molly overhears her peers making fun of her, she emerges from the stall and turns her wrath on them. That’s when she learns her peers’ post-high school plans — one has a sports scholarship to Stanford, another is going to Google.

That’s when Molly realizes she could have had fun in high school, regardless of whether or not that’s what she really wanted, rather than simply focus on academics and getting into a good college.

Molly and Amy are quintessential Millennial Feminists and ‘nerds’, who have framed photos of Ruth Bader Ginsburg in their room, Elizabeth Warren bumper stickers, and discuss their fastest crossword times with their English teacher (Jessica Williams). It’s easy to root for them and like them — I know I felt incredibly seen by both characters.

But they’re not perfect, and that’s where the movie shines.

Molly, especially, considers herself superior to her fellow students because she’s valedictorian and going to Yale and doesn’t act out. Learning Annabelle is also going to Yale turns her whole world upside down.

The school jock, Nick (Mason Gooding), may play dumb games at lunch, but he can also tell your Hogwarts House hybrid after spending time with you at a party and got into Georgetown.

The movie never shames its characters for their multitudes, flaws and all.

One of the most quietly touching moments of the film is a scene between Molly and Annabelle. In the scene, Annabelle is able to own her sexuality, and force Molly to confront her own superiority complex.

The script, written by four women — Susanna Fogel, Emily Halpern, Sarah Haskins and Katie Silberman –never lets Molly and Amy off the hook for their flaws simply for being the protagonists. They have their own moments of ugliness and growth, while never crossing into the territory of being wholly unlikable.

Molly and Amy are teens, often considered overly dramatic but treated with seriousness in this movie, with aspirations and equal parts maturity and immaturity, completely worthy of our compassion.

While every character gets their moment to shine in the film, the protagonists, naturally, are where the heart lies.

The friendship between Molly and Amy is utterly beautiful, stressing support, honesty, and a deep, abiding love. Multiple times throughout the movie the pair engage in a compliment battle. As they change into new outfits, they exclaim increasingly outrageous proclamations about how beautiful the other is.

And that is what modern-day feminism and female friendships are, delightfully, all about now.

Feldstein and Dever are charming and believable as the BFFs. The dialogue and wit flows naturally between them — as do the tears. It’s difficult to watch this movie and not think of your own friendships and map them onto the interactions between Molly and Amy. That’s when the movie soars above being a laugh-out-load teen comedy and into something truly special. 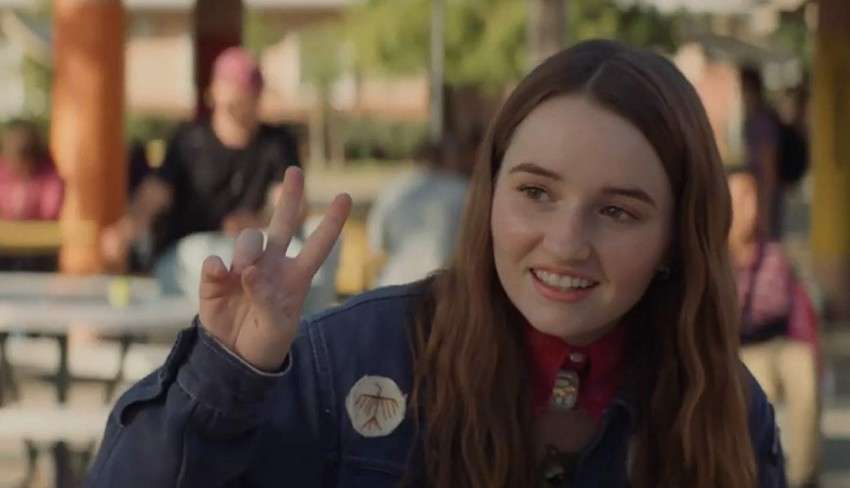 What’s also special about the film is the character of Amy, an out high schooler whose sexuality is both inherent and important to her character, but not her only defining trait.

She is textbook for a fully fleshed out LGBTI character, who isn’t gay only in how she’s labeled, but also isn’t a stereotype who exists solely in her sexual identity.

This is what makes Booksmart an instant classic that will also pass the test of time. It’s quotable, funny, and authentic, and thank goodness it exists.