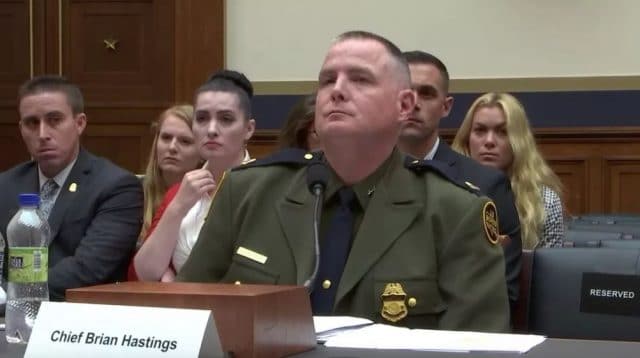 A top Border Patrol official told lawmakers at a Thursday House Judiciary Committee that his agents are authorized to separate parents from their children if the parents are HIV positive because “it’s a communicable disease under [agency] guidance.”

Border Patrol chief of law enforcement Brian Hastings said during an exchange with Rep. Jamie Raskin (D-Md.) that such separations are permitted under guidelines that cover communicable diseases.

When Raskin asked if HIV status was enough to separate a parent from their child, Hastings replied, “It is. It’s a communicable disease under the guidance.”

“We have reports of people being separated from their kids on that basis,” Raskin responded, adding that HIV is not passed through “ordinary contact.”

Hastings noted that parents and children are not separated based on whether they have the flu.

According to HIV.gov, the HIV virus can only be transmitted by “coming into direct contact with certain body fluids from a person with HIV who has a detectable viral load.”