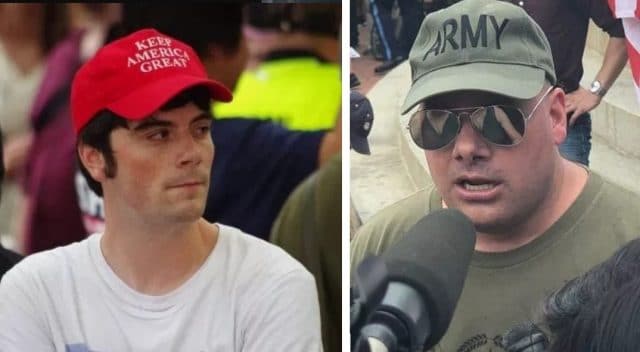 Boston officials have approved a public event application that would allow a group of far-right Trump supporters to hold a so-called “Straight Pride Parade” meant to counter the city’s annual LGBTQ Pride Parade, the Boston Globe and WBUR reported.

The Wednesday approval puts Super Happy Fun America, the group organizing the event, one step closer to holding the controversial parade on August 31.

The application was filed by John Hugo, president of Super Happy Fun America, whose slogan is, “it’s great to be straight.” The group argues that straight people “are an oppressed majority” and should be “included as equals among all of the other orientations.” They claim the event aims to celebrate “the diverse history, culture and contributions of the straight community.”

According to the Independent, the event’s organizers are heavily linked with far-right movements and nationalist protests.

Hugo and the group’s vice president, Mark Sahady, are both associated with Resist Marxism, which the Independent calls a far-right group with links to white supremacist organizations. Hugo also unsuccessfully ran for Congress last year and was endorsed by the group.

Sahady also allegedly organized a right-wing Free Speech Rally and Rally for the Republic in Boston, the news organization reported. The rallies occurred after the August 2017 Unite the Right rally in Charlottesville, Virginia, where a counterprotester was killed.

The event still needs final approval from the Boston’s police department and licensing board, according to WBUR.

“We just had a great meeting at city hall with a bunch of wonderful professionals who have assured us our date of Aug. 31,” Hugo said at a press conference, according to The Boston Globe. “We will have the parade, and it’s going to be a great time. We invite anyone who wants to come, as long as they respect each other.”

The group said its application to hoist a “Straight Pride flag” on the city’s flagpole was denied.

“Permits to host a public event are granted based on operational feasibility, not based on values or endorsements or beliefs. The City of Boston cannot deny a permit based on an organization’s values,” the mayor tweeted on June 6. He added: “Whatever outside groups may try [to] do, our values won’t change. I invite each and every person to stand with us, and show that love will always prevail.”