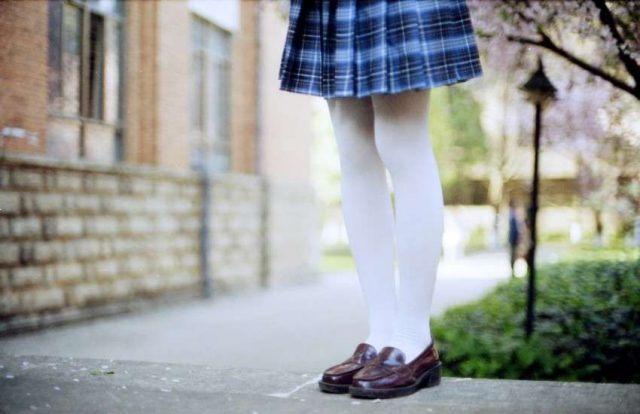 ‘We are announcing something very simple but for us very transcendent. I think the times have passed in which girls have to wear a skirt and boys have to wear pants,’ Sheinbaum said.

According to her comments, the new policy will come into effect immediately. It does away with the old policy stating ‘just as the skirt is the basic garment of a girl’s daily school uniform, so trousers are for boys’.

Sheinbaum, who is a member of the left-wing political Morena party, described the policy as ‘a condition of equality, of equity’.

School uniforms — often adhering to the gender binary — can make transgender, non-binary, and genderqueer students feel uncomfortable. Doing away with restrictions on them can allow these students more freedom to be themselves at school.

It is a conversation happening in countries across the world. Some schools are lifting restrictions, while others are changing the uniforms entirely.

In Japan, for example, some schools are . A school in the UK, meanwhile, outright for all Year Seven students.

Others, like , advocate more for giving students the freedom to choose. Judges in the UK have also of parents allowing their trans children to wear the uniform they are most comfortable sporting.

This is not the first time Mexico City has led the way when it comes to LGBTI rights.