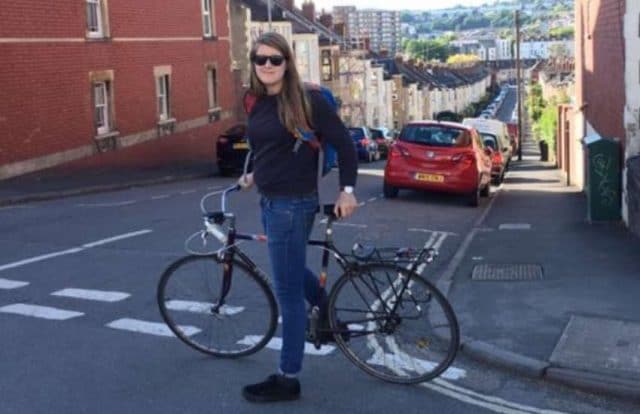 A bus company has apologized after a driver called a lesbian cyclist a ‘fucking dyke’.

30-year-old Natalie Lewendon was riding her bicycle home from work in Bristol on Tuesday (11 June) just after 4pm.

As she was heading east on Church road through Lawrence Hill, the traffic slowed down and ‘without warning’, the car she was cycling alongside swung into her path, causing her to brake suddenly.

‘I began to tell the driver off for not looking,’ Lewendon exclusively told Gay Star News. ‘She completely owned that it was her fault and was instantly apologizing to me through the window.’ 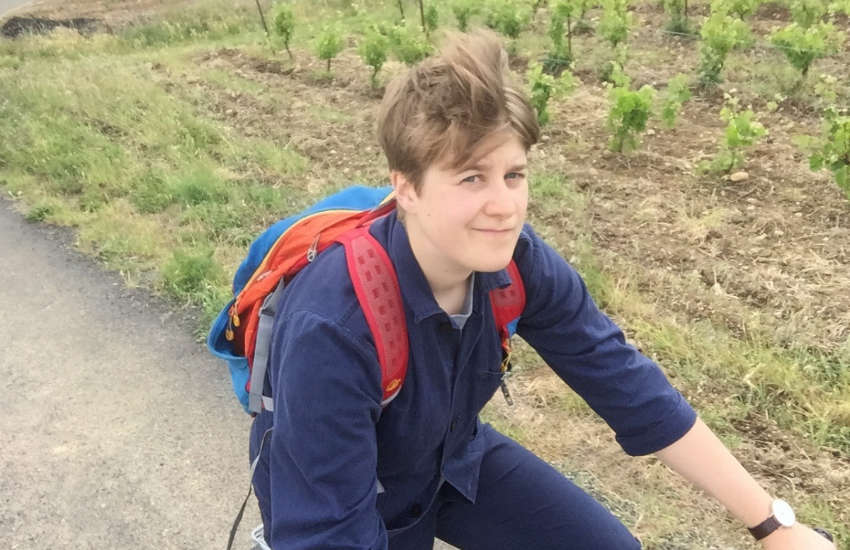 Natalie Lewendon riding a bike (not the day of the incident). | Photo: Supplied to Gay Star News

However, a First Bus bus driver approaching from the opposite direction stopped his bus — holding up traffic — to yell at Lewendon for being in the wrong.

‘I told him that he had no idea what he was talking about and to keep driving,’ Lewendon explained. ‘He continued, leaning out of his window, to berate me at full volume, telling me I was wrong.’

At this point, Lewendon put her bike on the pavement ground and approached the vehicle to get the bus driver’s name and badge number.

‘He continued to abuse me and gave me that “gab gab gab” hand gesture and then finally drove away,’ she said. ‘But not before leering at me and calling me a “fucking dyke”.

‘He dropped his voice while he did it. He knew it was wrong. Lots of people had stopped to watch,’ she said.

Lewendon said she reported the anti-gay slur to police, but is yet to hear back from them. She also reported it to First Bus, as well as sent them a tweet.

She wrote on Twitter: ‘Happy Pride Month, [First West of England]! One of your bus drivers just called me a fucking dyke. Very cool!’

‘Sorry to hear this — truly,’ First Bus replied to the tweet: ‘Please either give us a call or complete this link and we can investigate on your behalf.

‘We do not condone this type of chat,’ they tweeted.

Lewendon then told Gay Star News: ‘I’d like the driver to be held accountable. I’d like an apology from him. I’d love to know what he thought he was doing.

‘I’m very pessimistic about the chances of anything coming of my complaint,’ she said.

‘We would like to apologize to Ms Lewendon for this incident,’ said Ian Coyle, Operations Director for Bristol at First West of England. ‘And will be making contact with her to discuss the matter in more detail.

‘First West of England is an inclusive organization and we expect the highest standards of behavior from all our staff and very much regret anything otherwise.

‘Incidents like this are rare, but we take them very seriously when they do occur.

‘We are currently investigating the incident and, if appropriate, we will be dealing with it internally in accordance with our disciplinary procedures,’ Coyle said.

Lewendon also received a personal response from the bus company, but labeled it a ‘fail’.

‘The statement and email both seem like standard cookie-cutter, one-size-fits-all damage control comms non-apologies,’ she told GSN. ‘In the email, for example, the formatting is all over the place, it repeats itself nearly word for word in part, and there’s not even a name signed to the bottom of the letter.

‘I don’t at all feel like it’s been resolved. Neither email or statement have attempted to engage with or even mention what actually happened to me, what the problem might be or why I might be angry about it,’ she said.