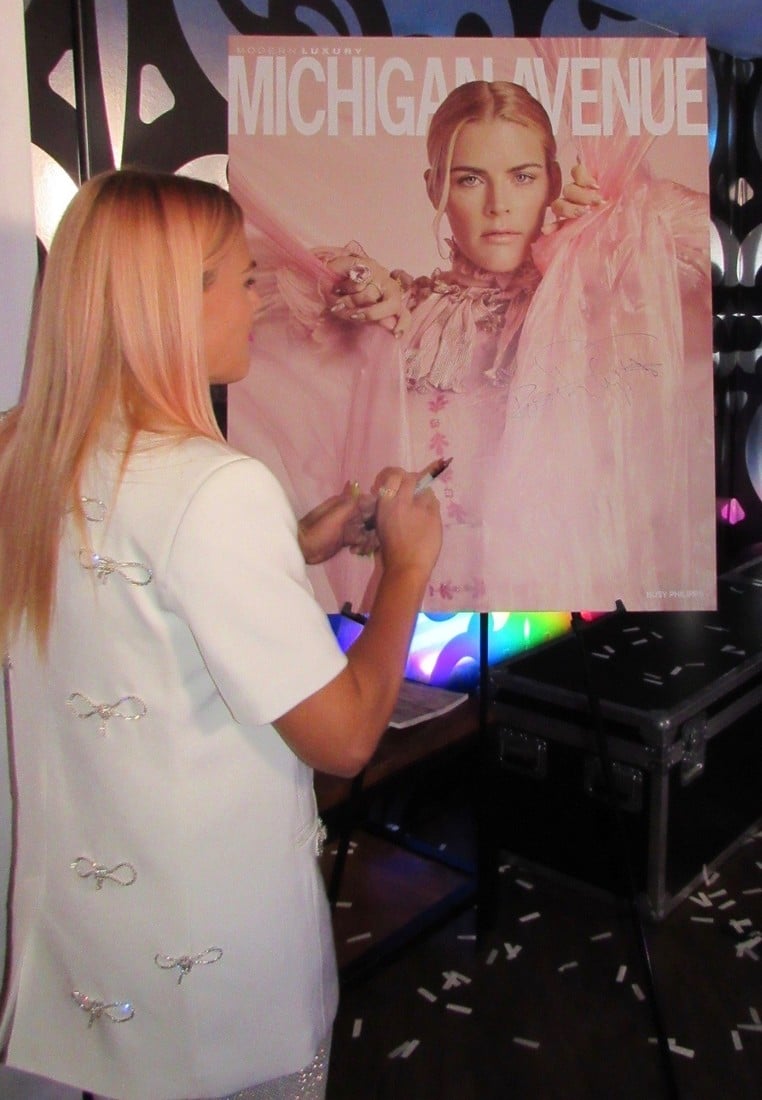 Oak Park native Busy Philipps returned to her roots for a Chicago Magazine celebration at Bodega on July 11. The actress graces the cover in the July/August issue of the magazine.

Philipps is known for her many television roles including Freaks and Geeks, Dawson’s Creek, ER and Cougar Town. In films many know her from White Chicks, He’s Just Not That Into You and I Feel Pretty.

Her late night talk show Busy Tonight premiered on E! in 2018 as well as her memoir This Will Only Hurt a Little that same year.

She stopped to chat a bit on the red carpet at the party.

JN: (Jerry Nunn) How was eating at Au Chavel today?

BP: (Busy Philipps) So good! I ordered so much stuff and I was by myself. I feel like the people sitting around me wondered what I was doing.

I could just eat two bites everything and it would be good.

JN: Was there a guest you couldn’t get on Busy Tonight?

BP: We had some guests booked already. Jessica Chastain wanted to come on. I had the cast of Booksmart and Olivia Wild booked. Reese Witherspoon was booked for Big Little Lies.

Elizabeth Banks wanted to premiere the trailer for Charlie’s Angels on my show. But, alas it was not to be!

JN: Would you like to have another talk show?

BP: Yes. We are talking to some people. I feel there will be more stuff to talk about.

JN: You have been an advocate for gay rights.

BP: Listen, since I was a teen.

JN: What inspired that?

BP: It comes from a fundamental belief that I have always had from my parents and my upbringing that love is love and people are people. Everyone deserves a chance to live the life that they want to live.

JN: Have you done a podcast yet?

BP: I was doing a podcast for a little bit, but I got very busy with Busy Tonight. I’m thinking about it.

JN: What plans do you have coming up?

BP: I have several plans that I’m not able to talk about, but I am very excited about the next few months.

JN: The cover is amazing for Michigan Avenue Magazine.