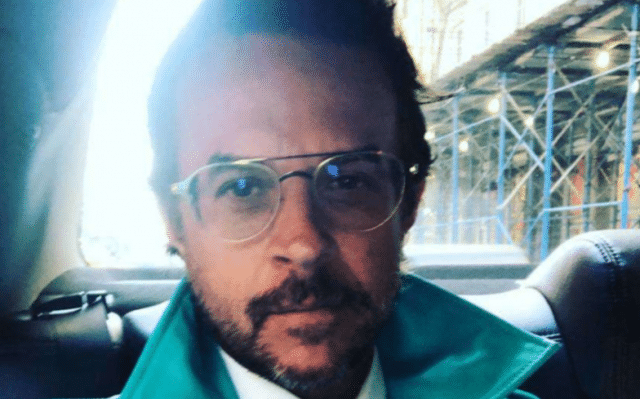 Singer Casey Spooner has announced his candidacy for the 2020 US presidential election. Taking to social media, the Fischerspooner singer announced his intentions.

In the campaign video, he admitted: “I don’t expect to win, but I do expect to make a difference.”

Casey admitted that he viewed himself as complacent due to his “white privilege” and “distrust of the political system” but he aimed to resolve these problems by heading “towards the problem.”

He added: “And by never having felt an immediate threat to me or my lifestyle. I’ve never gotten involved, that ends now.”

Reflecting on his likelihood of not winning, he said: “The point for me isn’t about winning. It’s about understanding and growing. It’s about shifting the narrative. It’s about demystifying the system for others.”

Speaking about his views, Casey said: “I think a large part of our crisis stems from our highest elected officials trying to run our country like a business, prioritising profit over people.

“I believe if we return to our democratic roots, and our government is run by the people and for the people, not for big business, many of the larger issues will be solved.”

He finished, by saying: I’m starting my campaign with nothing, nothing but desire. Desire for real change.”

Casey Spooner isn’t the only LGBTQ celebrity to have announced their intention to stand for president, with former Pit Crew member Ronnie Croell also announcing his candidacy as an independent.

“As the late great Albert Einstein said, ‘We cannot solve our problems with the same thinking used when we created them’,” he wrote in an announcement post on Instagram.

And Mayor of South Bend, Pete Buttigieg is also running to get the Democratic candidacy.

Despite some homophobia being prevalent in parts of America, Buttigieg has emphasised his belief that America is “ready” for a gay president. Addressing this question at a rally, he said: “I’ve heard people say the same thing about electing presidents from any number of minorities or other categories.

“At the end of the day, people need to know who they’re voting for, and when I came out it was in the middle of a re-election campaign in a socially conservative, if largely Democratic, community at a time that Mike Pence was the governor of our state.”

He added: “I believe Americans can look past prejudices and biases in order to do the right thing. And I have a lot of faith in that.”