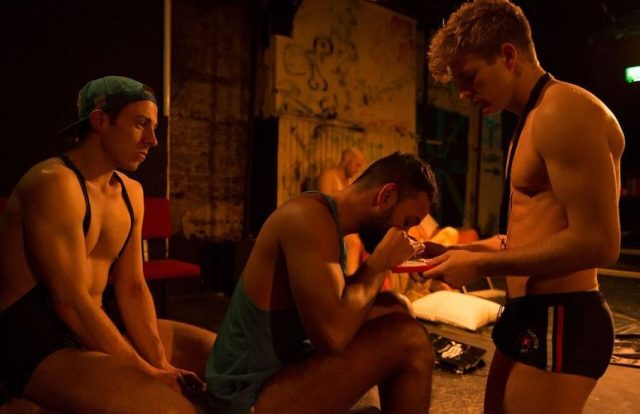 It’s not a good idea to be angry as you stand before a packed room about to deliver a speech. But there I was.

It was the recent book launch event for James Wharton’s Something for the Weekend, where the former British soldier bravely shares his chemsex story.

And so before taking the microphone as the chemsex lead at London’s 56 Dean Street sexual health clinic, I had a quick scroll through Twitter, hoping to find a heartwarming tweet about the book to include in my speech.

I had a room full of media in front of me that included the broadsheets and the gay press.

I knew some of the guys present to be very intimately familiar with chemsex. Some were shy about it but had turned out to applaud a gay brother who was brave enough to tell his story publicly, to de-shame it for others, for themselves.

I had James Wharton stood next to me, wide-eyed and looking a little vulnerable to my expert eye. He stood before a room full of people that now knew the most intimate and perhaps embarrassing details of his sexual revels.

I put my anger into words, and, as I do everyday, and communicated with my community about our association between sex and drugs.

We have to talk about our relationship with drugs

Chemsex is a word that not all of us like. It defines a particular type of recreational drug use. It’s absolutely about crystal meth, mephedrone and GHB/GBL, because these drugs affect our sex drives differently.

Not forgetting the widespread, easy availability of chems on gay apps; no population in history, has had hardcore drugs delivered to them in such a fast and universal manner.

This online hook-up culture goes alongside our relationship to HIV stigma and the disproportionate levels of mental health issues we are prone to.

All of this before even remembering our pursuit of love and sexual pleasure in a world that doesn’t always get gay sex, or like it.
And how that can get into our heads, without us even knowing it.

The way we understand chemsex sits side-by-side with our understanding of gay sexual liberation. It does an injustice to separate it from our historical relationship to recreational drugs, gay community, gay scenes and gay sex.

Drugs are absolutely a part of gay culture now

When we look back at the last 100 years (with a little more historical perspective than we have right now), chemsex will be one of those phenomena that will define a period of our gay history.

But we don’t have the luxury of dispassionate, historical perspective right now.

Chemsex is upsetting. It’s unattractive. It’s a blight on all of us. Our mums will think we all do it. The straight media will have a field day. It undoes all the hard work for gay sexual liberation done by our activist forebears. It’s just yuk.

Those are just some of concerns and fears I hear as I travel the world, engaging with different communities on the subject of chemsex.

And I get it. Chemsex makes us look at our sex lives and our sexual culture. And quite frankly, that’s difficult.

Hundreds of gay men are dying in London (and elsewhere) from GBL overdoses, and too many of our brothers are spending Sundays and Mondays with frightening paranoid episodes; yet rejected by the very people they’d spent an intimate weekend with.

The fact that such large numbers of gay men are struggling to enjoy sober sex needs to be addressed.

Our brothers engaging in chemsex deserve the full support and compassion of their entire community.

What made me angry that evening was how liberally the straight media share articles about chemsex – almost weekly – compared to how reluctant the gay media can be to discuss it.

That imbalance enflames trolling, and the stigma experienced by our gay brothers who are struggling with chemsex.

These men need to see that their community is rallying around them supportively. They need to see a proportionate amount of dialogue from their own community’s media that empathises with their struggles, to outweigh some of the more harmful articles and tweets that can be so, so devastating.

I made a brief plea to that effect, to the gay media in the room; but my anger didn’t last long,

I’m pleased to say I gathered myself. I thanked James for being brave enough to share his story so openly, and nodded discreetly at the shy guys in the crowd who needed to hear someone de-shame the chemsex struggle for them.

For all the differing opinions, awkward emotions and stigmas in the room, this felt familiar; this felt like community, figuring things out. One community figuring it out together.

My anger abated, vanished altogether, as my community rescued me from it, just by being all together in a room to talk about our community’s problems.

We have to talk about chemsex. I apologise, but we do.
And we’ll be fine. Because be it in crisis or in celebration, we are an awesome, proud community. A community that rescues me every time.