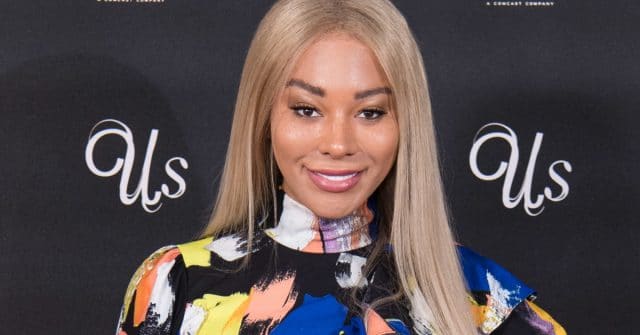 Children’s charity Childline has cut ties with trans activist Munroe Bergdorf just days after she announced she was to become their first LGBT+ campaigner.

The decision comes after a Twitter campaign called the move ‘dangerous’, while others threatened to ‘cancel direct debits’ in response.

On Wednesday (June 5), Bergdorf announced the Pride month partnership with the charity saying: “The wellbeing and empowerment of LGBTQIA+ identifying children and young people is something that I have been passionate about throughout my career as an activist.

“I’m excited to have the opportunity to let more kids know that they are not alone in their how they feel. There are people who care, people who can help and people who have been through the same things as you, so PLEASE don’t suffer in silence.”

However, following the announcement, some users called the move ‘dangerous’ and ‘inappropriate’.

“Hope you don’t do too much damage. Dangerous to have you involved in any child’s wellbeing,” said one user.

NSPCC, who run Childline,, have adopted rainbow colours on its social media for Pride month. (@nspcc/Twitter)

On Friday (June 8), Childline said they would not be working with Bergdorf in the future.

“Munroe Bergdorf has supported the most recent phase of Childline’s campaign which aims to support children with LGBTQ+ concerns,” the charity said in a statement. “Munroe has been referred to as a Childline Ambassador. At no point has she been an Ambassador for the Charity. She will have no ongoing relationship with Childline or the NSPCC.

“The NSPCC does not support, endorse or authorise any personal statements made by any celebrities who contribute to campaigns.”

A spokesperson for Bergdorf said the charity was “bowing down to pressure from a transphobic lobby running a hate campaign”.

Posting on Twitter, Bergdorf said the campaign started by a journalist from The Times who asked the charity if the partnership was “worth the cancelled direct debits”.

“This Pride Month Childline had the opportunity to lead by example and stand up for the trans community, not bow down to anti-LGBT hate and overt transphobia,” Bergdof said.

“But instead they decided to sever ties without speaking to me, delete all the content we made together and back-peddle without giving any reason why.

“This comes just a couple of months after parents throughout the UK threatened to remove their children from schools for teaching about LGBT relationships and identities.

“My role with Childline was not paid, I accepted their request to become their first LGBT+ campaigner because I care about the wellbeing of all LGBT+ kids, but especially trans kids who are consistently targeted by British media outlets.”

“Pride is about resisting this kind of hate, not giving into it.”

Following the news, users on social media have been asking the NSPCC, who runs Childline, to remove the Pride flag from their profile photo.

Following its cutting ties with Munroe Bergdorf, users asked the charity to remove the Pride flag from its profile. (Twitter)

Others called the move “shameful”, pointing out how it was exactly the behaviour that the original campaign was due to fight against.

Earlier this week, Childline revealed it had carried out more than 6,000 counselling sessions in the last year with children regarding gender and sexuality issues.

The research identified that children aged between 12 and 15 were most likely to contact the charity about gender and sexual identity.