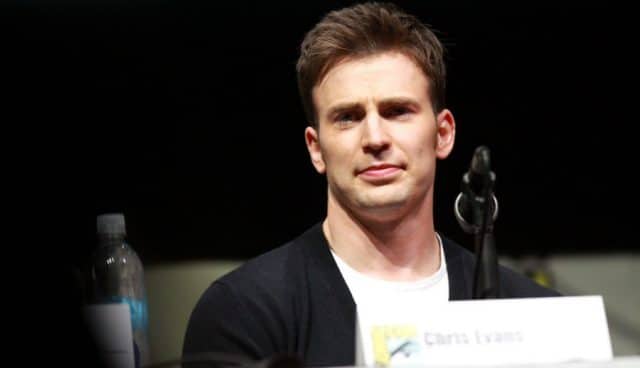 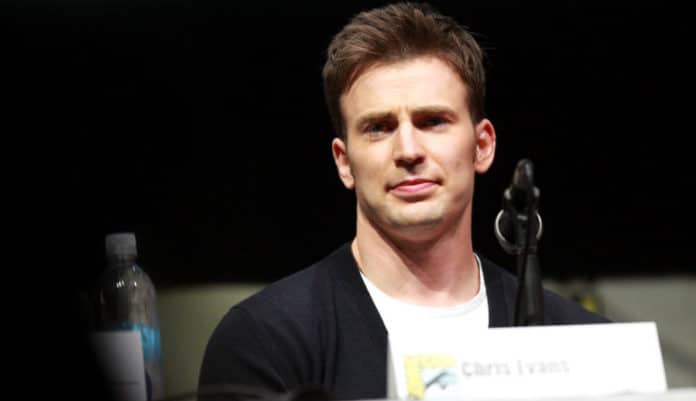 A group of people claims that the annual gay pride event that takes place in Boston is not inclusive for straight people, and they have lodged an application with Boston officials to host a straight pride parade and “celebrate the diverse history, culture, and contributions of the straight community”.

Even though it has been met with severe eye rolls, it seems likely that the group called Super Happy Fun America could actually have the event.

Chris Evans, Captain America himself, though, is not happy with it, and he made it clear: 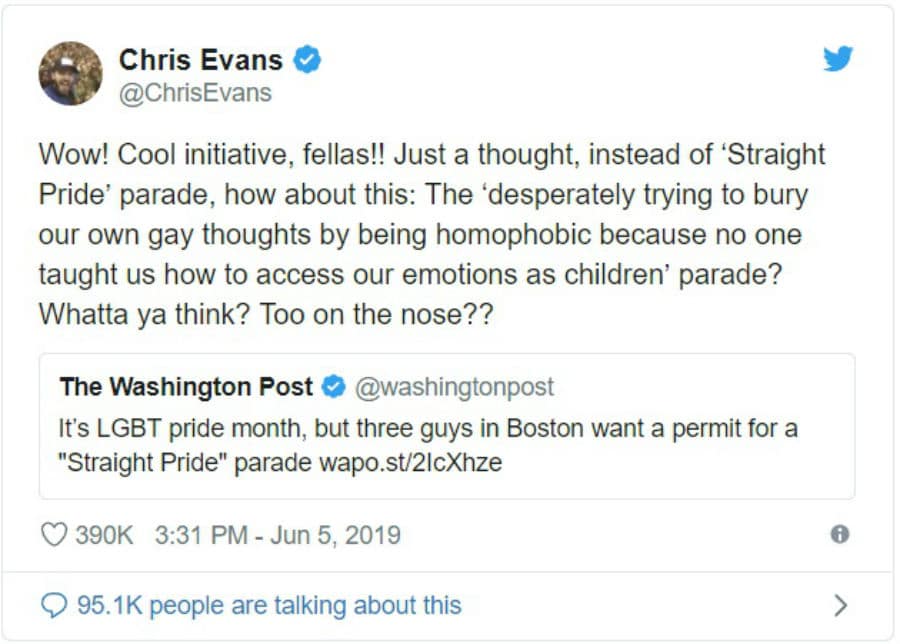 One of the people initiating the parade is non-other than the Republican candidate for Massachusetts’ 5th Congressional District in the 2018 mid-term election John Hugo.
He said on Super Happy Fun America’s website that “straight people are an oppressed majority”, and that they will fight for the right of straights everywhere and express pride in themselves without fear of hate and judgment”.

Well, Evans had something to say about that too: 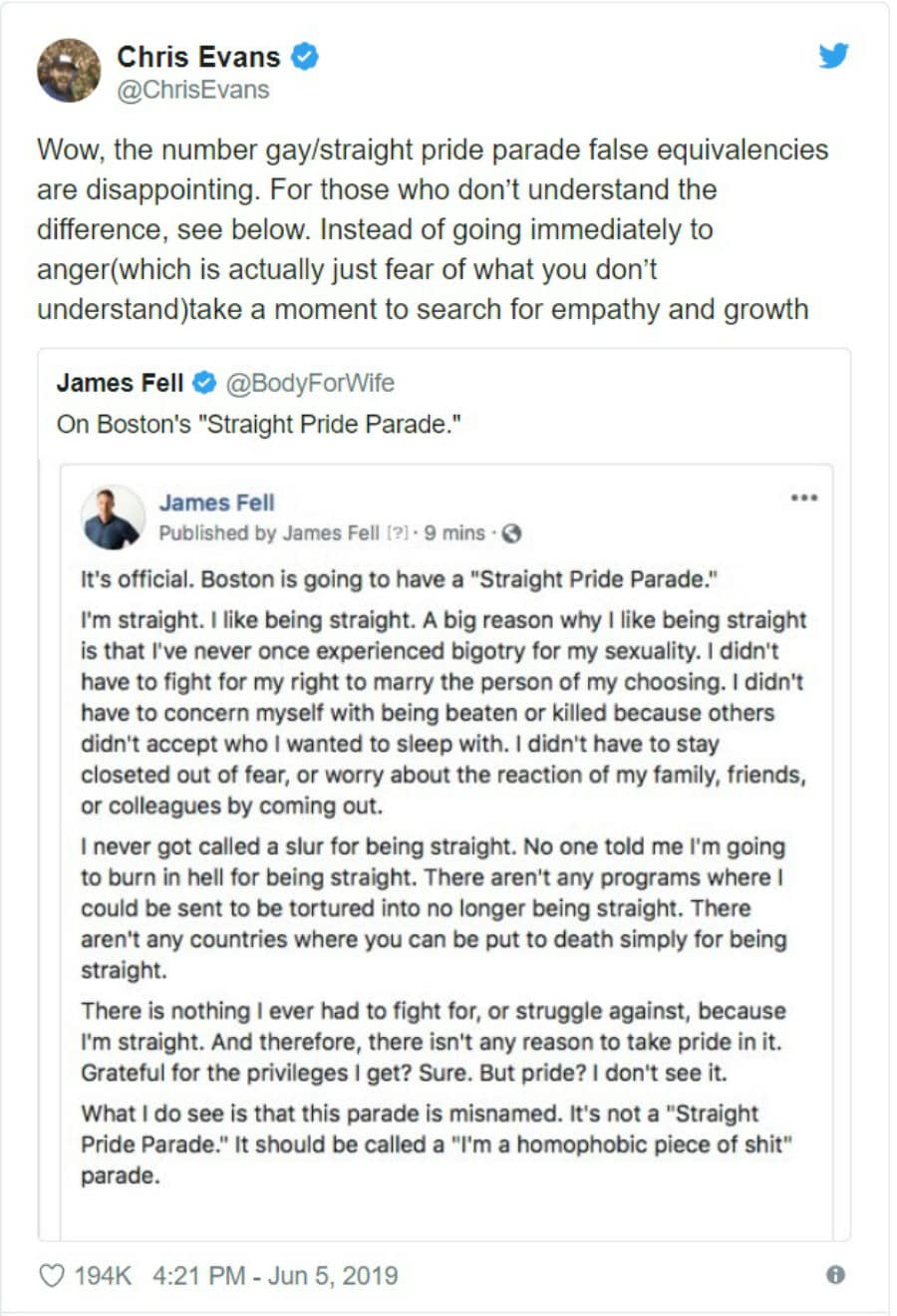