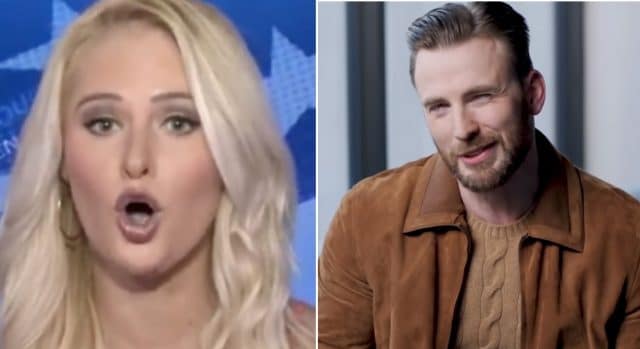 “If you traipse your kid 2,000 miles in dangerous conditions you’re not only a criminal, you’re a sh–ty parent,” Lahren, who is also a Fox News contributor, tweeted on Tuesday evening.

Lahren shared the remark half-an-hour into the first night of the second round of the 2020 presidential debates in Detroit.

The remark was immediately denounced on social media by thousands of enraged Americans.

Chris Evans, Captain America himself, called out Lahren for her “complete lack of sympathy, respect, and general awareness.”

“I know this thing named Tomi just ‘says horrible things’ to ‘be relevant,’” public defender Scott Hechinger tweeted. “But this disgusting, racist, hateful, gutless attack on mothers & fathers forced to leave their homes & risk everything to protect them & their children is dangerous & violent hate speech.”

“The one where Tomi calls every single person with children who escaped the Holocaust ‘a sh–ty parent,’” Onion contributor Maura Quint tweeted.

“Tomi, I have some terrible news about how California, your home state, was discovered,” Twitter user @PaperWash wrote.

“If you would walk 2,000 miles to give your child a better life, rather than get murdered by the drug gangs American policy birthed, then you’re the definition of a good parent,” author Grant Stern tweeted.

“Tell it to Jesus’ parents when they went looking for a better life for their child,” Twitter user @DGinLBC wrote.