Home Gay Life Church of Satan claps back at Catholic bishop in support of Pride... 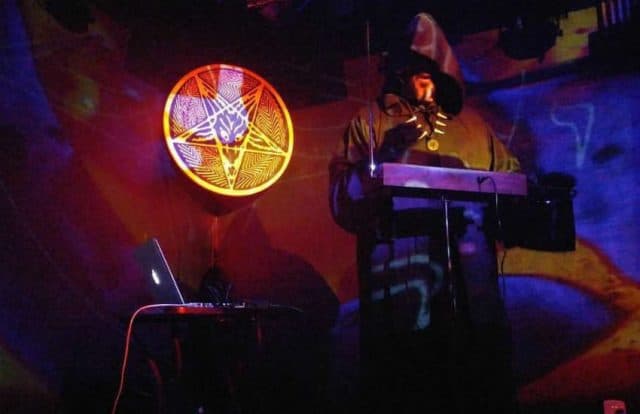 The Church of Satan has officially supported Pride Month .

Bishop Thomas Tobin posted on Twitter that ‘Catholics should not support or attend LGBTQ “Pride Month” events held in June’. He claimed these events contradict Catholic faith and morals. Also, he said they are ‘harmful for children’.

This caused widespread condemnation. So wide, in fact, even the Church of Satan got involved.

Posting on their own Twitter account, the church said: ‘A reminder that Satanists should decide for themselves if they support or attend LGBTQ “Pride Month” events held in June.

‘As a carnal religion, Satanism embraces all forms of consensual adult sexual activity and gender identity. But keep kids away from Catholics, just to be safe.’

But it’s not just the Satanists offering the slam dunks on the Catholic bishop. Former wrestler and Guardians of the Galaxy star Dave Bautista offered his barbed words too.

He wrote on Twitter: ‘My moms [sic.] a lesbian. I think I turned out ok. And the activities she chooses is to help the homeless and people suffering from mental illness.

‘I admit I’m not perfect but at least I was never a judgmental hypocrite! Im sure you dont speak for most Catholics. Have a nice day. [sic.]’

Tobin’s Tweet has been heavily criticized by many Twitter users. While there’s strong support – with 23.7k likes – there are 92.2k replies. This is called being ‘ratiod’ and is often not a good sign for the Tweeter.