Home Gay Life Ciara Claps Back At Homophobic Fan Who Said She Sinned By Officiating... 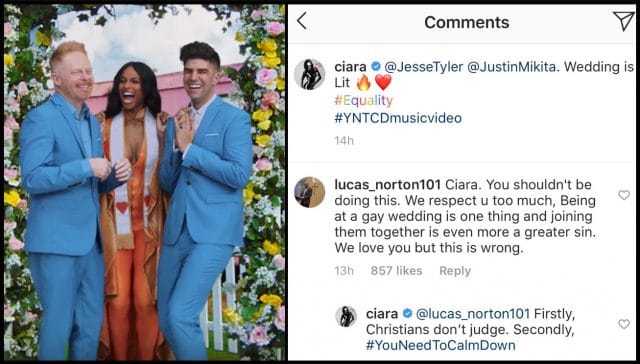 Ciara clapped back at a homophobic fan who said she had sinned for taking part in Taylor Swift’s new pro-LGBT music video.

The 33-year-old singer made a cameo appearance in Taylor’s music video for her new single ‘You Need To Calm Down,’ which also starred RuPaul, Laverne Cox, Katy Perry, Ryan Reynolds and Billy Porter.

In the video, Ciara officiates a wedding between Modern Family star Jesse Tyler Ferguson and his real-life husband, actor and producer Justin Mikita.

Ciara uploaded a short clip of the ‘ceremony’ on Instagram, alongside the caption, “Wedding is Lit. #equality.”

While the comment section was mostly overwhelmingly positive, they were a few anti-LGBTQ neanderthals who felt the need to criticise Ciara for being a kind, stunning and iconic ally to the community.

However, one of Ciara’s followers chose to call her out, writing, “Ciara. You shouldn’t be doing this. We respect u too much, Being at a gay wedding is one thing and joining them together is even more a greater sin. We love you but this is wrong.” 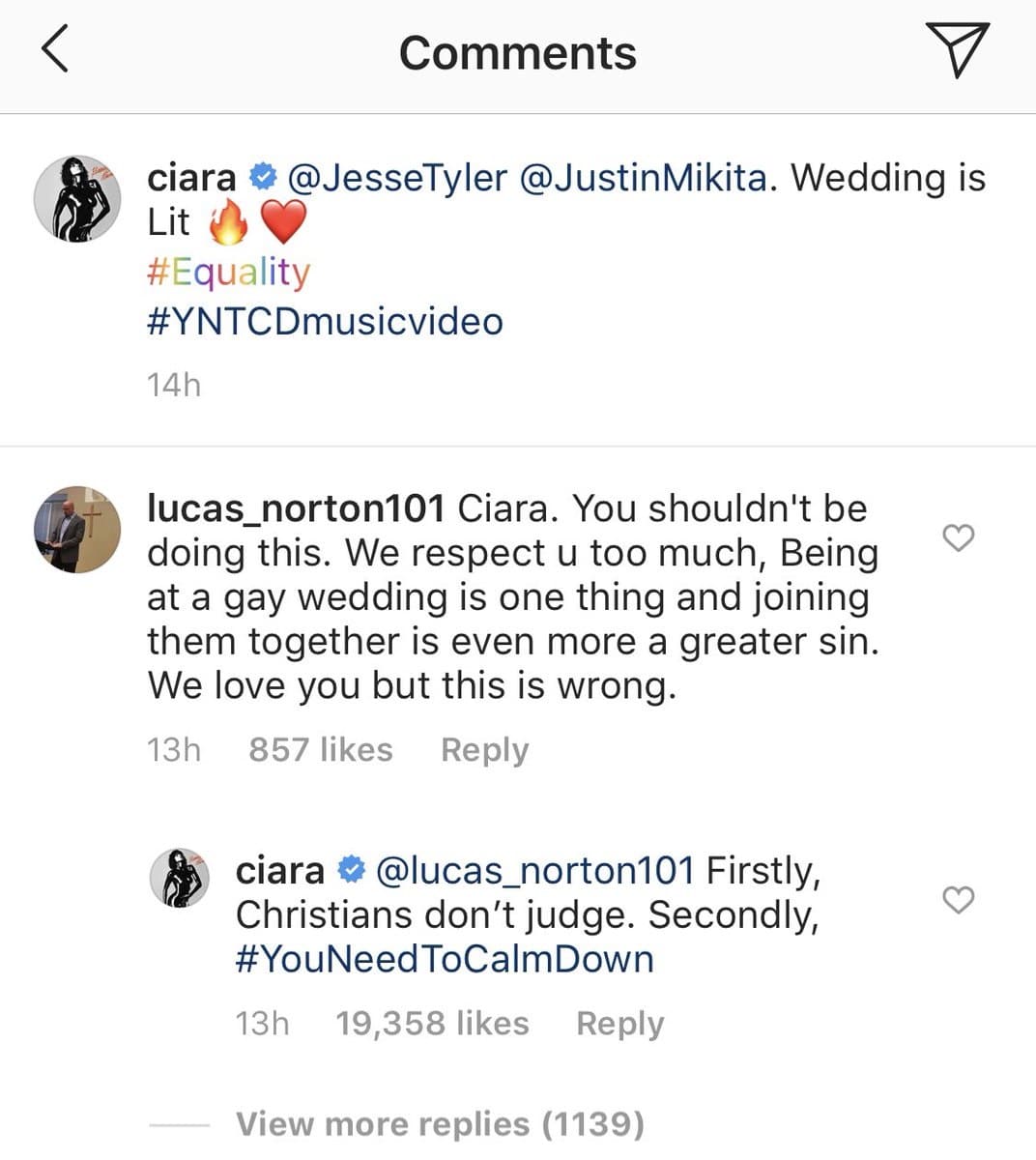 Ciara, who is openly Christian, wasn’t having any of it, clapping back: “Firstly, Christians don’t judge. Secondly, #YouNeedToCalmDown.”

You can watch the full music video, below: