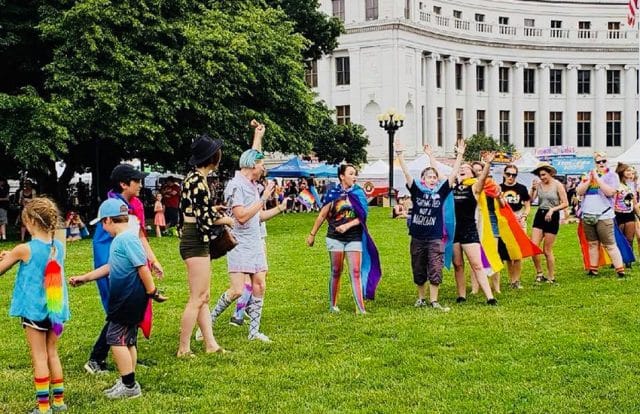 Polis, who became the when he was elected last year, described conversion therapy as a ‘tortuous practice’ when he signed the bill.

With the passage of , Colorado became the 18th state to ban conversion therapy. State legislators in March.

The bill prohibits both physicians specializing in psychiatry and registered mental health care professionals from ‘engaging in conversion therapy with a patient under 18 years of age’.

Anyone who engages in such practices will be subject to disciplinary action.

Advertising conversion therapy is also illegal under the bill.

Conversion therapy is the practice of trying to change someone’s sexual orientation or gender identity through spiritual or psychological means. Multiple medical organizations and boards condemn the practice as pseudoscience and harmful.

People who have undergone conversion therapy have shown signs of depression, suicide ideation, and other mental health consequences. A 2018 UCLA study found before adulthood either from healthcare professionals or religious leaders.

Banning conversion therapy is becoming a more and more common law across the US. was the most recent state to ban the harmful practice before Colorado.

The second bill Polis signed makes it easier for transgender and non-binary individuals to obtain new identification reflecting their gender.

repeals a provision that previously required people requesting a change of gender on their birth certificate to obtain a court order showing they received gender confirmation surgery.

Going forward, people no longer need to obtain such a court order. They will also receive a new birth certificate, rathern than an amended one.

They also no longer need to obtain a court order for a legal name change in order to obtain the new birth certificate.

‘While there is much work to be done to ensure that all of us are treated equally under the law, this is a great day for progress,’ said Human Rights Campaign President Chad Griffin. ‘For Colorado and for our community.’