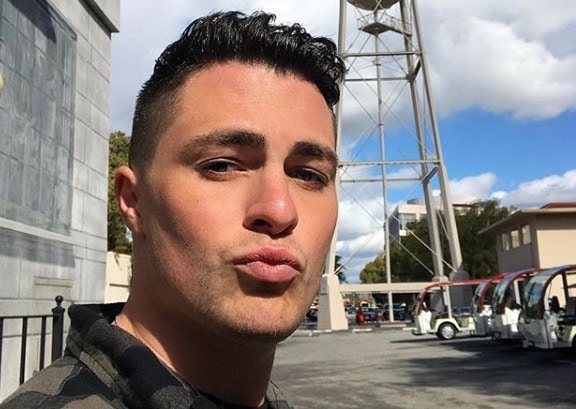 Colton Haynes took a moment over the weekend to reflect on what it means to be an openly gay actor in Hollywood, as well as his dreams for the future.

In a series of tweets published in the very early hours Sunday, the 29-year-old looked back on his 12 years working in the entertainment industry, calling it an “odd place” and saying he prays that out LGBTQ actors land more starring roles soon:

Hollywood is a very odd place. I’ve been here for 12 yrs. I just pray that the LGBTQ+ community gets more chances to star in roles. We’ve had amazing trailblazers & ppl who’ve made it thru the criticism thk god. It doesn’t have to be me, but this town is run by our community.

But the late night pontification doesn’t stop there.

Haynes went on to say that being gay is “not easy”. As a kid, he often felt like an “outsider.” And as a gay actor, those feelings still creep up on him from time to time.

Lets just realize that we all have so much to give. It’s not easy being gay. Its not easy growing up being an outsider & having to watch your back. Just because you like the same sex doesn’t mean you can’t carry a film. It’s acting. Execs need to start giving more opportunity. ?

Haynes concludes by saying he “can’t believe” that no one else has “figured this out yet” and that he believes “every single person deserves a shot at their dreams no matter their sex, ethnicity, or background.”

I can’t believe that no one has figured this out yet. It’s not just the LGBT+ community but it’s also ppl of color, minorities…give us all a chance. Thk god its in the works. Every single person deserves a shot at their dreams no matter their sex, ethnicity, or background. ?

We can’t argue with him there!