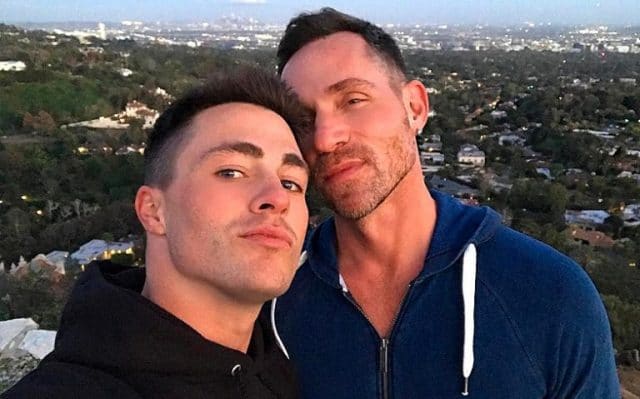 The Hollywood actor been left “overwhelmed” by the outpouring of love he’s received.

Colton Haynes has thanked fans for their messages of support after he announced he got engaged to his partner Jeff Leatham over the weekend.

The pair got engaged while on a romantic getaway to Las Ventanas al Paraiso in Los Cabos, Mexico with a little help from Cher. No, seriously.

But following the news, fans from all over the world have been sending their congratulations to the loved-up couple.

“Overwhelmed by all of the love & support y’all have been sending @jeffleatham & I on our engagement,” Colton posted on Instagram.

“The fact that so many people love love as much as we do is truly inspiring and I feel so humbled.

“Who woulda thought that a lil ole kansas boy would meet a country boy from Utah & embark on journey that truly feels like one in the movies?

“I wish the same for everyone out there. No matter who you love…don’t be afraid to love hard.”

The engagement comes less than a month after the Arrow star officially introduced his other half to the world on Valentine’s Day.

Jeff works as the artistic director for the floral/design studio at Four Seasons Hotel in Beverly Hills.

Colton officially came out as gay to the world last May, where he also revealed that he suffered with anxiety.