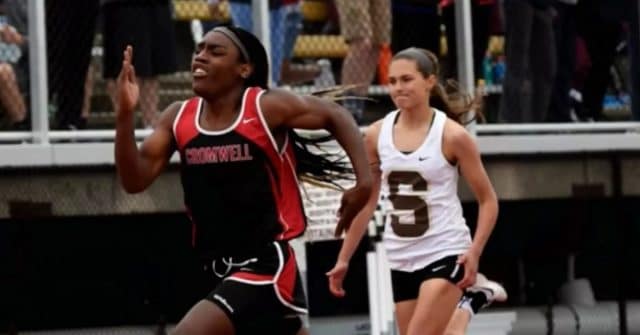 One week after the Alliance Defending Freedom filed a federal Title IX complaint on behalf of three Connecticut cisgender high school athletes who claim they were victims of discrimination, a group of Connecticut-based gender justice organizations responded with a statement of solidarity toward transgender student athletes.

Led by the New Haven Pride Center and cosigned by 15 other state organizations, including the state’s branch of the American Civil Liberties Union, Monday’s statement sprang from a desire to act collectively. “The heart of feminism is acknowledging gender identify and recognizing all aspect of oppression,” Kate Farrar, executive director of Connecticut Women’s Education and Legal Fund, told Outsports. “In that vein, we felt the need to show a united front of support for transgender rights in our state.”

The statement itself contained rebukes of the substance and tactics of the ADF’s complaint to the U.S. Department of Education. The complaint named and intentionally misgendered two Connecticut transgender high school student athletes, Andraya Yearwood and Terry Miller, and the groups responded.

“Together, we reject unfounded fears about transgender athletes in our state and reject the suggestion that cisgender women and girls benefit from the exclusion of women and girls who happen to be transgender. Instead, we recognize that all women and girls are harmed when some are denied opportunities to participate in sports because of stereotypes and fear.”

“The complaint is alarming; first, because of the misgendering, and secondly because of the idea it sends: that it’s appropriate to look behind someone’s gender identity and saying, ‘we don’t think you are real,” ACLU Connecticut Legal Director Dan Barrett told Outsports. “This complaint is just another way of taking away personal autonomy and making the government ‘the gender police’. That’s offensive and it’s just another attack on trans people.”

Robin McHealen, Executive Director of True Colors Inc., a Hartford-based support and advocacy organization for LGBTQ+ youth, called the complaint, “bullying and unconscionable.” For her, Monday’s statement of support mirrored the thoughts of a young athlete at a forum co-sponsored by her organization earlier in the year.

McHealen also took issue with one of main thrusts of the complaint, made by Glastonbury, Conn. teen Selina Soule: that competing against transgender girls would take away scholarship opportunities. “Around 100,000 athletic scholarships are awarded by the nation’s colleges and universities, and 98% of high school student-athletes will not earn one,” she said. “Is this a realistic concern because of these two girls running?”

The group’s statement comes just days before the 50th Anniversary of the Stonewall uprising, a moment in history the executive director of the New Haven Pride Center noted.

“It is quite exhausting to be constantly ‘at war’ for civil rights,” Patrick Dunn told Outsports. “We will, as we have done now since the Stonewall Riots in 1969 and even before that, continue to fight as a community for equality. Everyone deserves to have the same rights to live their lives freely. “