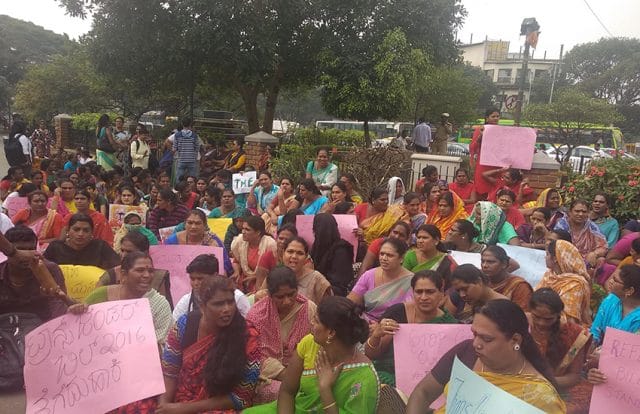 The Bharatiya Janata Party and it’s allied parties won a substantial majority in elections that took place in April and May.

It means prime minister Nahrenda Modi returns for a second term in power.

T. They claim it infringes their rights rather than protecting them.

Indian transgender group, Sampoorna, described the bill on Thursday as a ‘great travesty of justice’.

‘In the name of empowering us , this bill further attempts to criminalize and regulate our identities through arbitrary and draconian means’ a spokesperson told Gay Star News.

‘It must be opposed at all costs’.

India recognized transgender as a third gender in a landmark ruling in 2014.

But, . They had hoped the new bill would protect their rights.

Protests erupted after the Lower House passed the bill in December last year.

Now, however, rights groups are urging lawmakers in the upper house of Parliament, Rajya Sabha, to smack down the bill.

Local thinktank Arguendo dismissed the bill as a ‘burial of human rights’.

’The govt passed the trans bill without taking into account any demands or suggestions made by trans communities’ trans group Sampoorna previously wrote on Twitter. ‘The govt clearly doesn’t care about trans rights or our lives’.

In fact, the bill faced condemnation before it even passed the lower house. In a raucous session, MP Shashi Tharoor spoke out against the bill.

’The bill has completely omitted to address critical issues such as the applications of laws on marriage, divorce, and inheritance for the transgender community’ he said.

Many offenses under India’s Penal Code, such as rape, stalking, and sexual harassment, only apply if the victim is female. The transgender bill fails to address this, Tharoor said.

The bill also conflates intersex with transgender. Furthermore, it fails to enshrine the right to self-identify gender.

The Telangana Hijra-Trans Samiti said it violates more rights than it protects. It upholds criminalization of trans people for organized begging, while denying any opportunities in education, employment, healthcare.