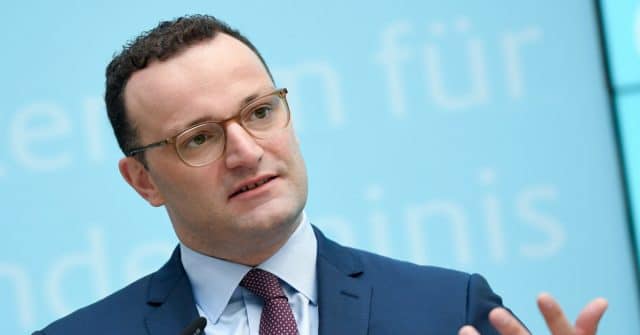 Germany plans to ban all conversion therapies under a new law to be introduced this year by German Health Minister Jens Spahn.

It’s estimated there are around 1,000 attempts in Germany each year to “re-educate” LGBT+ people, according to the Magnus Hirschfeld Foundation. These include efforts by family members, coaches and therapists, prayers and sometimes even exorcisms.

Spahn, who is gay and married to a man, told a Berlin press conference on Monday (June 10): “My position is clear: homosexuality is not an illness, which is why it does not need to be treated.

“I would very much like to have a bill this year that could then be presented to parliament.”

Spahn’s ministry said he has commissioned two reports and a 46-member expert panel which concluded that a ban is both “medically necessary and legally possible.” A final report will be released in August, with the law following by the end of the year.

The panel heard testimonies from several people who underwent the harmful therapies. The Local reported that one gay patient receiving standard psychotherapy was suddenly told by his doctor that sexual conversion was “a therapy goal” and was forced to pursue it through “indoctrinating conversations.”

When electric shock treatment was also proposed, the patient terminated the treatment.

There are many different techniques — some of the more dangerous ones involve electric shocks and testosterone injections — but virtually no reliable scientific evidence that sexuality can be changed.

In 2018 the European Parliament adopted a non-binding text that called on EU members to ban the practice, but so far only Malta and some Spanish regions have done this.

In the UK, a 2009 study conducted by Stonewall found that more than 15 percent of accredited mental health professionals surveyed had offered some form of conversion therapy.

And in Alberta, Canada, the right-wing government recently cancelled a working group tasked with banning conversion therapies, saying there wasn’t “a need to address it specifically.”

Germany’s new law against conversion therapies will be welcomed by the German LGBT+ community, who have been calling for a ban for some time.