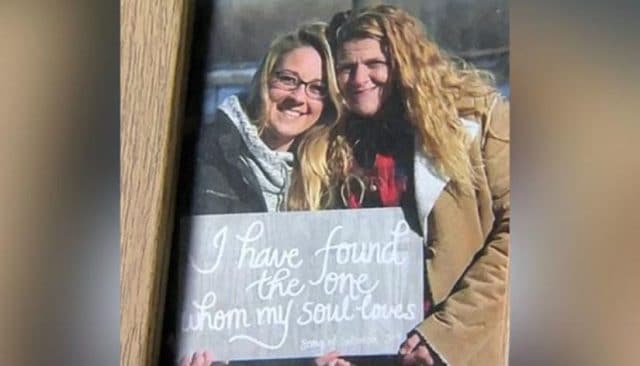 A lesbian couple says an O’Fallon, Missouri restaurant refused to host their rehearsal dinner after learning of their sexual orientation.

Mindy Rackley explained in a Facebook post that her fiancée, Kendall Brown, had told her the owners of Madison Café had called her the day after the reception was booked and that when asked the name of the groom, Brown clarified they were both women.

“She said, ‘your spouse is a woman?’ I said, ‘yes.’ She said, ‘I am sorry we are going to refer you to someone else because we don’t condone that kind of relationship,” said Brown.

Rackley said the Facebook post was intended to “spread the word about this restaurant so that nobody needs to feel the way that we do now. Nobody else needs to feel less then human, no one needs feel rejected, dismissed or not enough.”

“It’s appalling to be treated any less than human by not serving me because we are women and are in a relationship,” Rackley told KMOV. “We feel less than human.”

When KMOV asked Madison’s Café management for comment, a woman at the restaurant acknowledged the couple’s situation but did not want to comment.

The couple have since found another place for their rehearsal dinner.