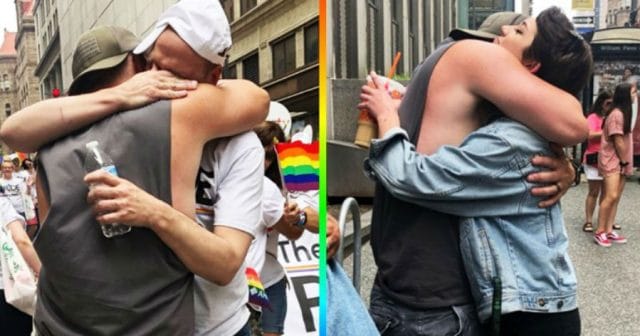 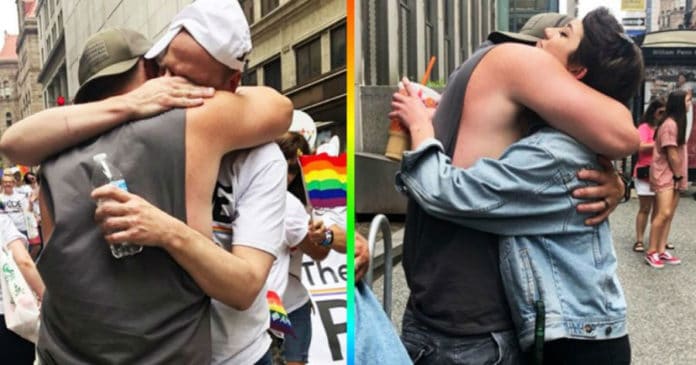 Howie Dittman is a dad that gave out more than 700 totally free hugs at the Pittsburgh Pride Parade this past weekend. What he learned that day was pretty simple, though: it’s very easy to give your child love and acceptance, but not doing it leaves them with an unimaginable emotional burden.

After he spent the day supporting and sharing his love to the queer community, he decided to post some of his thoughts on Facebook, and he gave us major feels. 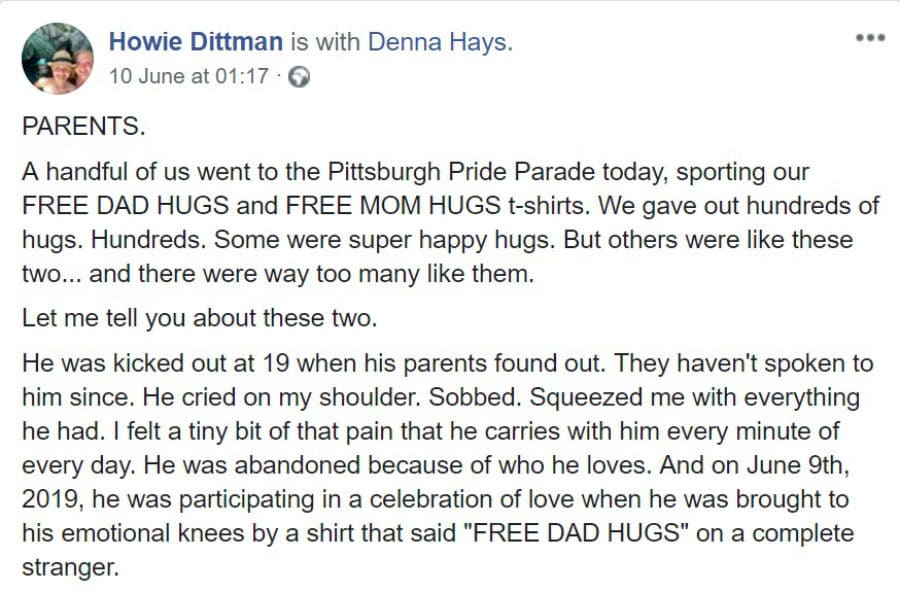 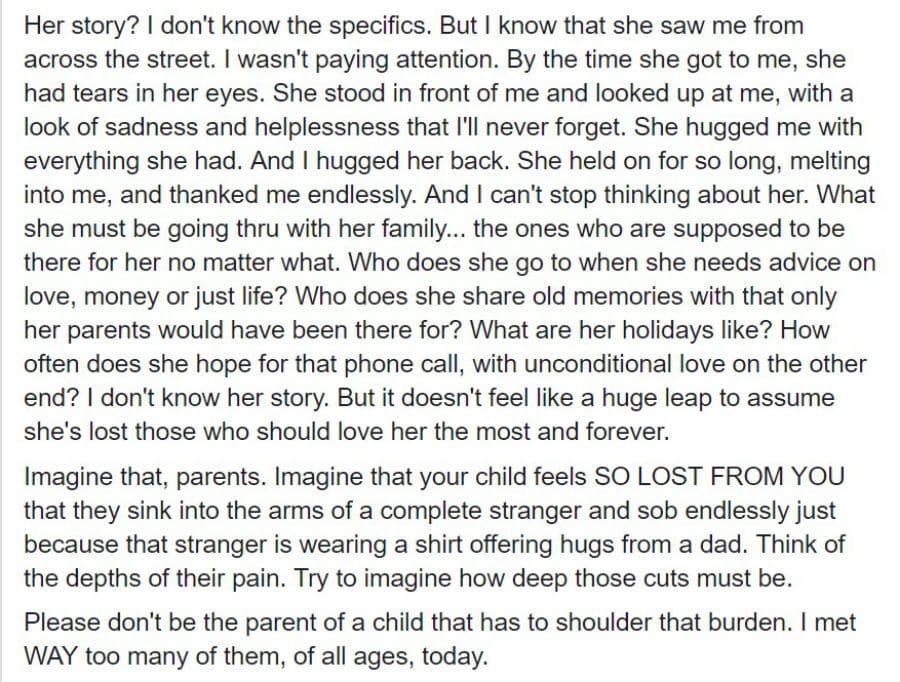 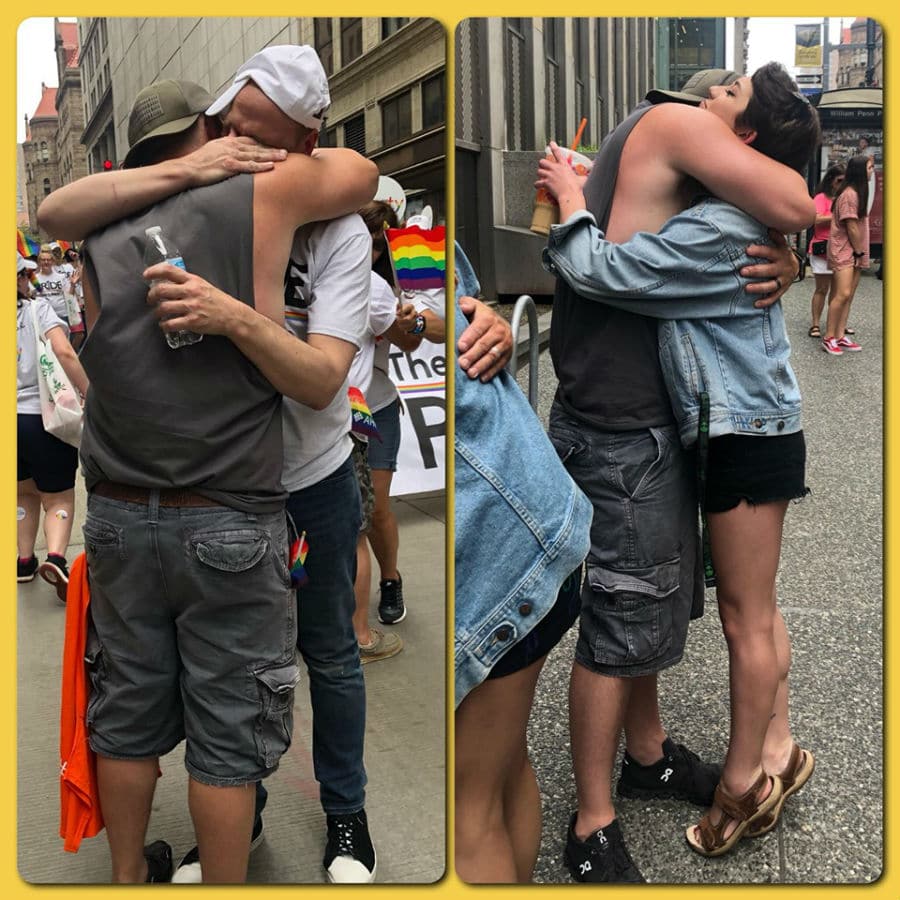 Dittman’s message went absolutely viral, and it has been liked more than 260k times and shared almost 200k times in just few days. He also received thousands of comments, of which most were thoughts of love and gratitude for his post.

He also connected with people he wrote about in his post, which is the most important thing.