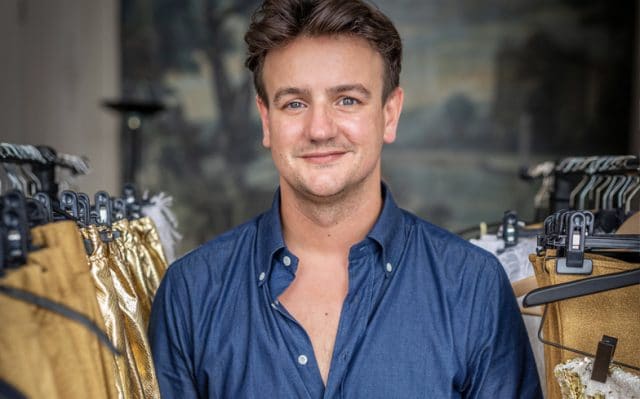 Following last year’s Hero theme, where Pride revellers donned capes while cruising along Amsterdam’s canals, Laport explores the magic of the party island on Ibiza, the freedom of the Netherlands and the eccentricity of the gay community to bring to life another gilded celebration of Pride by W Hotels.

We spoke to David about how he’ll bring the concept of iubilaeum to this year’s boat parade.

Tell us a little bit about your background and how you first became interested in fashion design?
Four years at theatre school I was focusing on costumes and theatre design, which I loved and that’s what sparked my interest in fashion. After that, I went to art school as I wanted to learn more about fashion. Fashion gives you the opportunity to create your own world. When working in theatre costume design you’re creating the world of the director, which is amazing, but I wanted to realise my own vision.

When growing up, were there any designers or models that you really felt stirred your creativity?
Funny thing is I wasn’t into fashion when I was younger, it was art and music that stirred my creativity when working with old fabric – curtains, to be exact – but it was years later that I knew that fashion design was what I wanted to do. 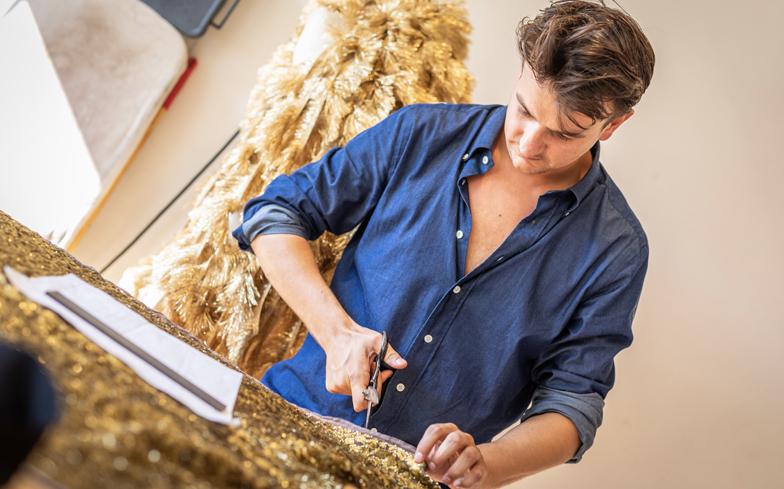 Your designs are ultra feminine, how would you describe your own brand aesthetic?
They are definitely super feminine but I prefer to describe my style as experimental women’s wear. I try to really push silhouettes of new materials and so we always try to make our own materials where possible, to maintain the brand aesthetic. We challenge ourselves to think outside the box, so that the designs become feminine with an edge.

Was there a moment in time that spurred this direction of your aesthetic?
I wasn’t a very good student while at art school, so in my last year I decided I had to do what I wanted and what I liked. I like fresh, crisp looks, so I experimented with that while still keeping it feminine. I’ve tried a lot of things in recent years, but I always fall back on the same inspirations of nature, movement, ballet and modern dance.

It’s very distinctive and has remained so throughout your career. Do you try to incorporate seasonal trends into your designs?
No, not really. There’s so many designers and so many brands, and I think it’s so important to create your own brand plan and stick to it. Of course you pick up on trends, but I try to not focus on them as it will dilute the look of the brand. You feel the trends when you’re buying markets at the fair, so you can see them starting from there! 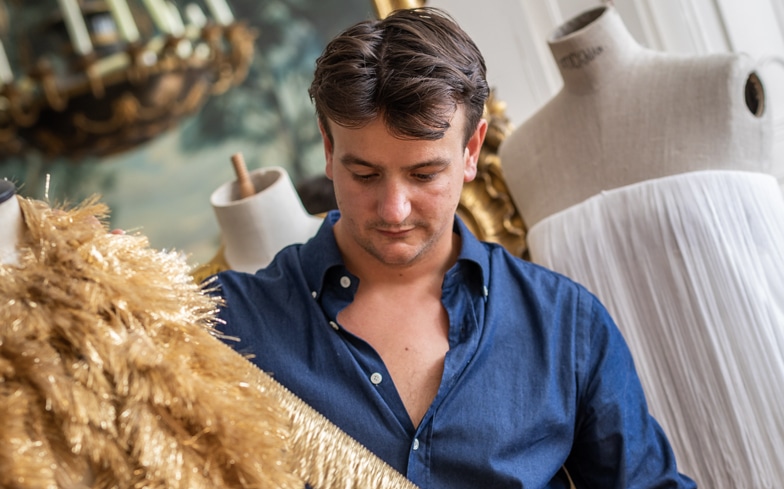 Do you remember the first garment that you’re ever produced?
It was a horrible skirt for my mother that she never wore – I was 9 and I made it from a horrible material!

When working with individuals or on projects like Ride for W Amsterdam, do you consider the individual’s personality in the design of their garments? If so, how do you ensure this still fits with your own aesthetic?
I think it’s super important to do that – the first thing you have to feel when you wear something is that you feel like yourself. Whether they’re a dress or a jeans person, I feel we have to take things to the next level for them, especially for Pride, everything should be times by 10!

It’s quite difficult to keep my brand look and feel while still ensuring people look individual, so I always take the time to figure out what the person wants and how we can fit together.

Your designs have been worn by all manner of celebrities, but is there anyone that you’ve yet to dress that would be a dream come true?
YAASSS! There’s one upcoming celebrity, but I’m not allowed to say yet, but she will most likely be wearing pink. It’ll be big and pink at Gay Pride!

Can you tell us your most significant career high to date?
I was two years into my brand and I got an email from Solange Knowles herself, asking me to dress her for the MET Gala. It was in 2016 and a week or two out from the event, so I was unsure but it happened and it was a lot of fun! A year later I won the International Woolmark Prize, which was such an honour. Every year there are little triumphs, which I love as I work hard. 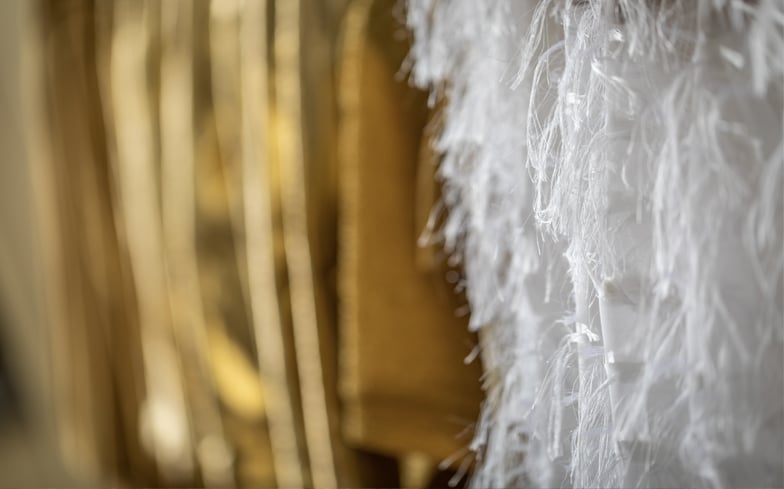 Can you tell me a little bit about your involvement with W Amsterdam to date and going forward?
W are a great company to work with as they’re open and are willing to push boundaries, so I love this partnership. This year they’re opening up new hotel in Ibiza and I did a show in Ibiza in May and found so much inspiration on the island. When I got the confirmation for the job, it was like fate that it was Ibiza themed. One thing immediately sprung to mind and that was Golden Hour. Yes, we have that everywhere but it’s extra magical in Ibiza because the landscape is beautiful there and it just has a special something. Golden hour is a special moment that people connect to and remember, so that’s why I came up with the concept ‘Golden Hour Ibiza’ for Pride.

I also remembered that I was lying on the beach during a break and the beach umbrellas had these fringed tassels on them, and they moved constantly in the wind. So I proposed that we do everything in fringe, literally everything, as I believe that there should be one aspect of design that runs through all the garments. It’s going to be beautiful!

What message do you wish to convey through this year’s W Amsterdam Pride costume design?
We’re so lucky in the Netherlands that we can freely celebrate Pride and with it being the 50th anniversary of Stonewall, I wanted to recognise it with celebration, and gold represents iubilaeum, so I felt it as a great fit.

Finally, if you were to be remembered by one slogan, what would it be?
Don’t think too much, just do it!