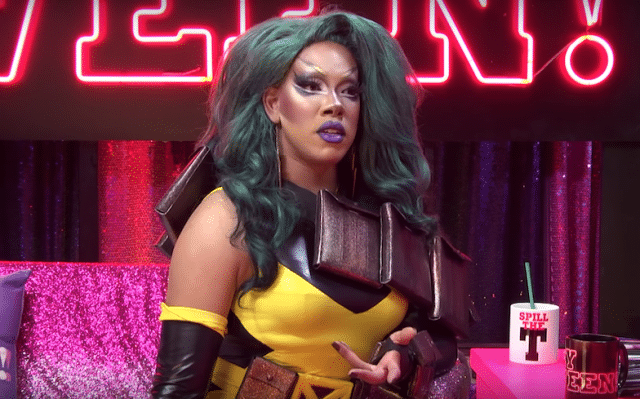 The American performer memorably sashayed into the Drag Race werkoom back in 2016 for the show’s eighth season, and later became part of a double elimination alongside fellow contestant Laila McQueen after failing to impress to Gloria Gaynor’s empowerment anthem I Will Survive.

When asked about that iconic moment, Dax admitted that the double sashay “hurt” her feelings, as well as the comments from the judges about her runway outfit that week.

“It was hard, because they don’t tell you how slippery the runway is, first of all, it’s fucking slippery,” she told Johnny. “So that was difficult. It had been a long filming time anyway because we had the dance challenge.

Dax continued further by saying she wasn’t given enough time by production to serve a fully-realised look, and hit out at the show’s lack of clocks in the werkroom. She was also unhappy that Laila was given a second chance when she was up for elimination, as well as the first queen to sashay away, Naysha Lopez.

She added: “Then when it happened, and they’re asking me, ‘Well, how do you feel about it?’ It’s like, ‘Well, I’m obviously heartbroken.’ I mean, how do I explain it in words that are also relatable besides rage? It was a really rough moment.

“This is not a circus, I’m not a monkey. There was nothing I could do about it. It was a really hurtful moment.”

Also in the episode, Dax explains why she left the season eight group chat, and is joined by comic book veteran Sina Grace who reveals the inspiration behind his Marvel drag queen superhero, Shade.

Related: BenDeLaCreme reveals the real reason why she left Drag Race All Stars 3.