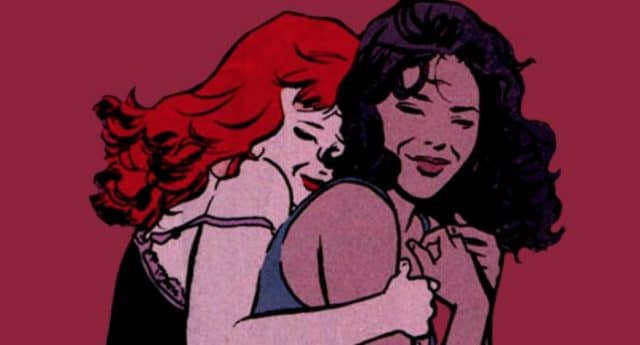 The Birds of Prey film will be released in 2020 and will follow the story shown in the 2016 film Suicide Squad. At this point, Batman has disappeared, leaving a group of female heroes — Black Canary, Huntress, and Montoya — to protect Gotham City. Quinn will join the group, having left her former l0ver The Joker, as they protect a young girl who has accidentally acquired a diamond sought by the crime lord Black Mask.

Quinn has come out as bisexual several times in the comics, most notably when she kissed the plant-based supervillain Poison Ivy. Montoya was outed as a lesbian by the disfigured crime boss Two-Face in the 2000s Gotham Central comic series.

Montoya will be played by actress Rosie Perez and will be reportedly in a relationship with a woman played by comedian Ali Wong. They two are expected to kiss onscreen, something that has never been show in the Marvel superhero films, marking a major moment in pop culture history. 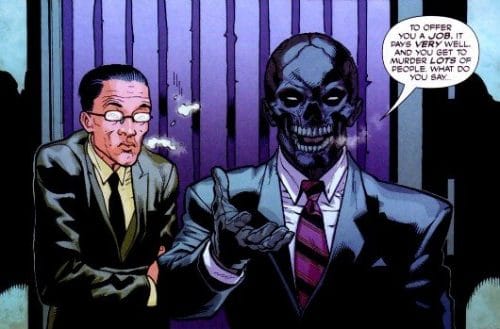 Black Mask is a crime lord who wears a dark skull mask and enjoys torturing his victims. Zsasz is a serial murderer whose body is covered in tally marks. He carves a new one into himself each time he slays a new victim. (Yeesh. Creepy.)

Black Mask isn’t gay in the comics and won’t be shown as explicitly gay in the movie either. But the rumor is that the sexual tension between he and Zsasz will be palpable — although that’s kind of a cop-out.

Ewan McGregor will play Black Mask in the upcoming Birds of Prey film. I this news bears out, then it will be a welcome change to the fact that the last 23 Marvel superhero films have basically had no queer representation, save a grieving man in The Avengers: Endgame.