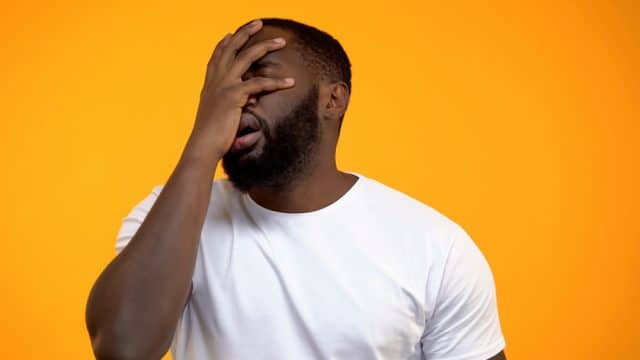 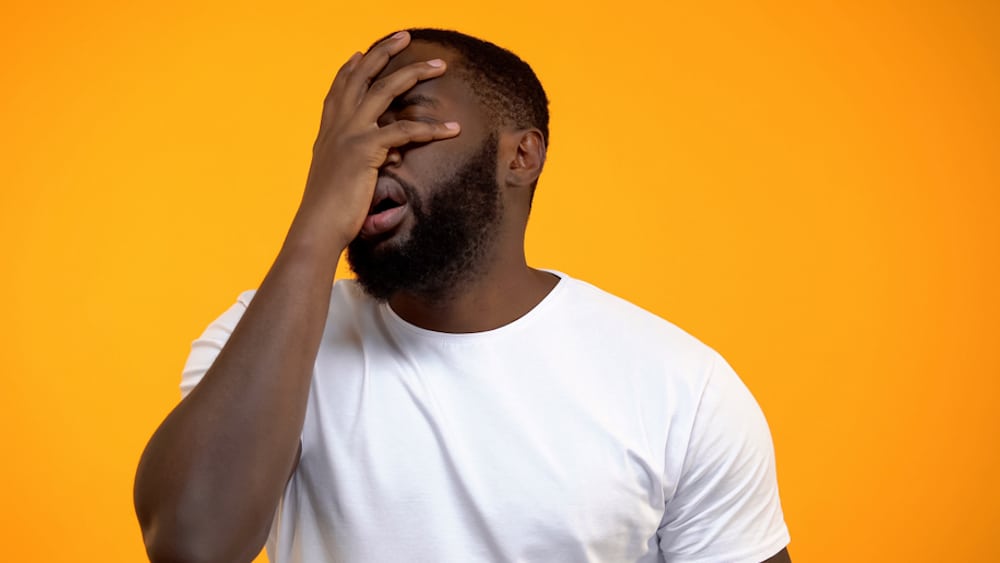 We can’t believe we have to say this, but if you’re ever at a gay bar and they hand you a bunch of wrapping paper and tape and ask you to quickly make a costume out of it, please, for the love of God, don’t use it to fashion yourself a KKK hood. It’ll make everyone, especially people of color, feel mega-uncomfortable, okay? Got it? Jesus.

This actually happened at The Laird, an Australian gay bar in Melbourne, during its weekly “Trivial Hirsute” game night. The teams were given wrapping paper and tape for a quick “dress-up challenge,” and one team dressed their teammate up as a KKK member in pink wrapping paper, calling it “the gay-gay-gay.” Get it? It’s a “joke.”

After the challenge, a bar patron walked up the trivia host, Dean Arcuri, to blast the team’s racism. Arcuri told the media, “I then went out and spoke to the team about casual racism and about realizing your own privilege in a space – about saying things ‘for a laugh’ without realizing how it affects others.”

“The team was shocked, and said it wasn’t their intent to offend. They said their intent was to make fun of white people. So we talked about how to avoid creating spaces where people felt unwelcome in the future,” Arcuri said. 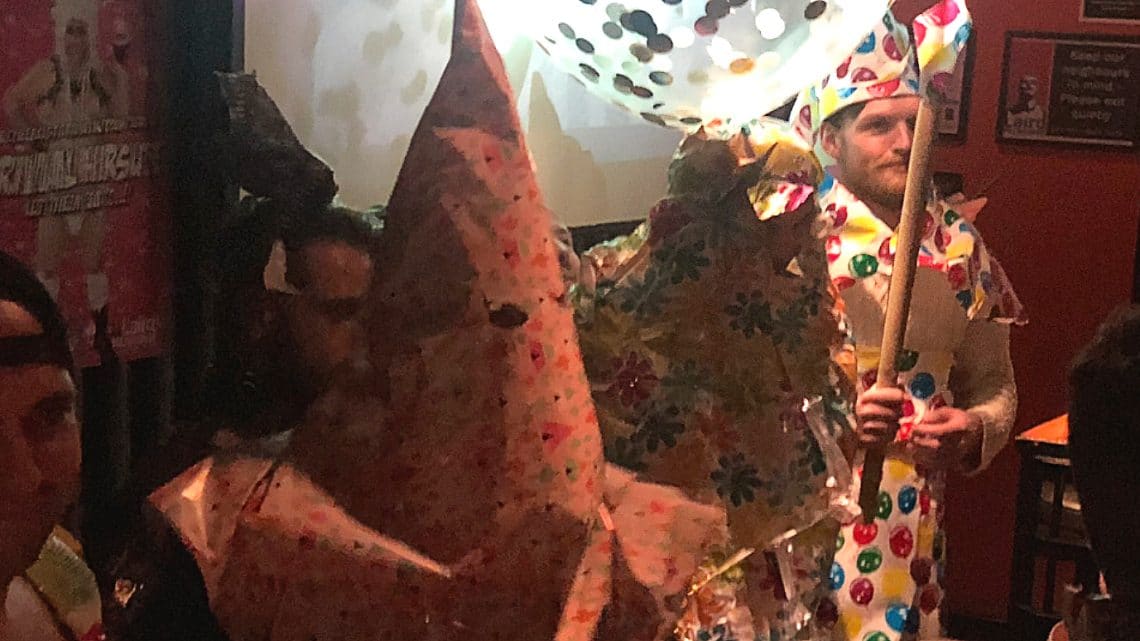 This is the actual costume they came up with. If you’re at a gay bar, for the love of God and all things dark-skinned, don’t do this. (Image via Twitter)

One Twitter user commented, “Gotta love Australian racism. Apparently joking about the lynching of African Americans is okay if you call it the ‘gay gay gay’ at trivia. Not super comfortable to be the only black person here while a room full of white men laugh at a KKK outfit.”

The bar has since said that it hopes this will be a teachable moment to address racism in the gay community, but also said that it will take steps to ensure something like this doesn’t happen in the future.