WASHINGTON (Reuters) – President Donald Trump promised “one of the biggest celebrations” in U.S. history on Thursday ahead of his July Fourth Independence Day speech, joined by tanks and jet flyovers that critics said would politicize a popular national holiday.

Trump, a Republican who admired flashy displays of national pride and military strength in France, dismissed concerns about the expense and militaristic overtones of the event outside the 97-year-old Lincoln Memorial, a symbol of national unity.

Thousands of supporters wearing “Make America Great Again” hats, along with opponents questioning the cost, poured into the U.S. capital despite scorching temperatures and a threat of rain, while a diapered “Baby Trump” balloon sat next to a banner calling Trump a traitor.

“People are coming from far and wide to join us today and tonight for what is turning out to be one of the biggest celebrations in the history of our Country,” Trump tweeted early on Thursday, seeming to encourage crowds to descend on the monument-lined National Mall.

Democrats charge the president with staging an out-of-place campaign rally. Though the White House said his remarks would not be political in nature, the president has a history of veering off script with sharp partisan attacks even at events that are not meant to be overtly political.

He was set to give a speech at 6:30 p.m. ET (2230 GMT), followed by a concert on the U.S. Capitol lawn at the opposite end of the mall and fireworks. Asked this week if he could give a speech that would represent all Americans, he said he thought he could and then launched into an attack on Democrats’ policies on healthcare and taxes.

Flights will be suspended at nearby Reagan National Airport from 6:15 p.m. to 7:45 p.m. ET (2215 to 2345 GMT) and then again later in the evening for the festivities. “Perhaps even Air Force One will do a low & loud sprint over the crowd,” Trump tweeted. The presidential plane was scheduled to do a flyover.

“I think what Trump’s doing with the tanks, all the flyovers, I think it’s great,” said Brandon Lawrence, his face painted with the colors of the American flag.

A girls helps carrying a U.S. flag as she takes part in a parade during Fourth of July Independence Day celebrations in Washington, D.C., U.S., July 4, 2019. REUTERS/Carlos Barria

Some at the White House were worried about the crowd size, according to an administration official.

In January 2017 Trump fumed about reports that the crowd at his inauguration ceremony in front of the Capitol was smaller than it was for President Barack Obama.

Perhaps with the crowd size in mind, Trump sent out tweets urging people to attend and saying the wait would be worth it.

Opponents were not impressed.

“This is costing us millions and millions of dollars. We the taxpayers are paying for it, for Donald Trump to use our military as a prop. And that’s just not right,” said Medea Benjamin, co-founder of the women-led peace group Code Pink.

Republican political groups were given prime tickets for Trump’s speech, and the Washington Post reported that the U.S. National Park Service diverted $2.5 million in park entrance fees to help pay for the event.

Democratic presidential candidate Senator Bernie Sanders weighed in with criticism: “This is what authoritarians do: @realDonaldTrump is taking $2.5 million away from our National Park Service to glorify himself with a spectacle of military tanks rolling through Washington,” he wrote in a tweet.

Trump played down the expense.

“The cost of our great Salute to America tomorrow will be very little compared to what it is worth. We own the planes, we have the pilots, the airport is right next door (Andrews), all we need is the fuel,” he posted on Twitter on Wednesday. “We own the tanks and all. Fireworks are donated by two of the greats. Nice!” Andrews is the name of a nearby military base. 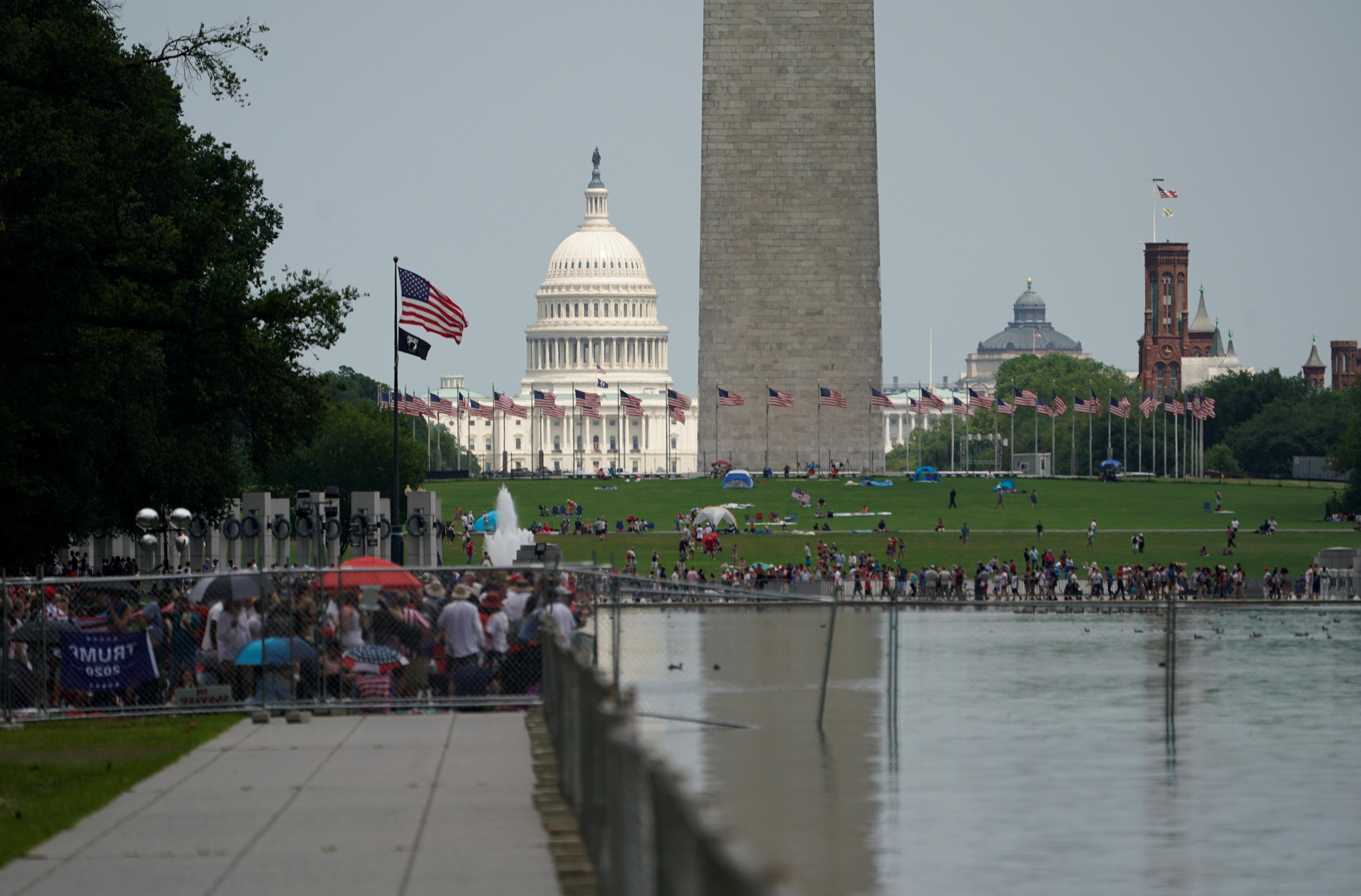 The July 4th holiday celebrates the U.S. founders’ declaring independence from Britain in 1776.