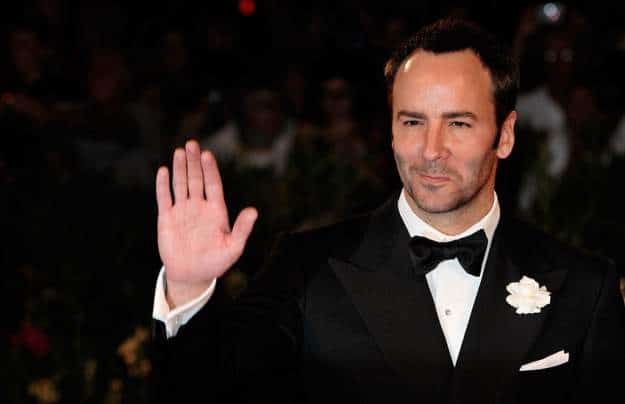 Luxury fashion designer Tom Ford has been known to speak frankly, and off the cuff.

In an interview with GQ last year, the out gay couturier said all men should be sexually penetrated, at least once.

And now, Ford is speaking about our cultural progression toward sexual fluidity.

In a new interview with The Telegraph, the 56-year-old speaks to how that fluidity is mirrored in his new Spring 2018 collection.

Speaking of his two new fragrances, “Fucking Fabulous” and “Noir Anthracite,” Ford explained that he “hates” when things are described as “masculine.”

“If you love something and it smells great, why shouldn’t you wear it? Why can’t a man wear a beautiful peony-based fragrance?”

Ford observes that our society and culture are moving away from stereotypes, and archetypal labels, and for that, he couldn’t be happier.

“What’s great about this new generation is that they’re growing up in a culture where anything goes.

“If you’re a guy who paints his nails, that doesn’t mean anything.

“You’re a man sleeping with a man? So what, that doesn’t mean you’re gay.

“I think that men have always been just as vain and cared just as much (about their appearance) as women, but our culture perhaps didn’t support it.”

Ford, who in addition to designing for his own line, has worked as a film director, screenwriter, and film producer, recently with Nocturnal Animals, and previously with A Single Man, said he hopes we can learn from the past, to see the benefit of rejecting the restrictiveness of masculinity.

“Let’s look at the 18th century; those guys would go around with little red heels, lace, face powder, beauty marks.

“There have been moments in time where men expressed their vanity and didn’t worry about whether that compromised their masculinity.”