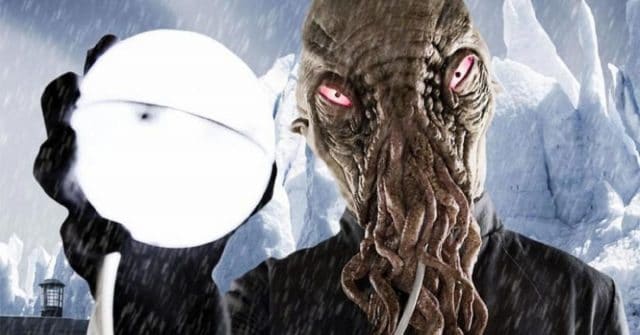 Doctor Who writer Gareth Roberts has been dropped from an upcoming book project over his use of anti-transgender slurs on social media.

Roberts, a former writer for the BBC TV sci-fi show, was set to make a comeback to the Doctor Who universe with a contribution to a new anthology of stories based on the show.

BBC Books confirmed on Wednesday (June 5) that Roberts has been dropped from Doctor Who: The Target Storybook, after other writers threatened to drop out over his record of anti-transgender slurs.

In 2017, PinkNews reported on the foul-mouthed Twitter tirades from Roberts, who wrote: “I ❤️ how trannies choose names like Munroe, Paris and Chelsea. It’s never Julie or Bev is it?

“It’s almost like a clueless gayboy’s idea of a glamorous lady. But of course it’s definitely not that.”

The writer, who is gay, used anti-transgender slurs repeatedly on the platform across a period of months, adding on one occasion: “God, remember when trannies were fun? Remember when lesbians were fu – no, don’t be daft.”

Doctor Who writer Gareth Roberts has a history of anti-trans slurs.

Roberts refused to apologise for his use of slurs at the time, and hit out at critics as a “rainbow cult.”

Explaining the decision to drop Roberts from the anthology, a spokesperson for BBC Books said: “Comments made by the author on social media using offensive language about the transgender community have caused upset to Doctor Who fans and conflict with our values as a publisher.”

Another writer on the anthology project, gay author Susie Day, has since confirmed she had raised concerns about the involvement of Roberts.

In a Twitter thread, she explained: “When I signed up to the project, I only knew of him as a DW TV writer.

“When the contributor list leaked, I learned his inclusion was incredibly hurtful to trans fans, and why. Being involved felt like a tacit endorsement of his views. Big nope.

Day added: “I raised my concerns, and said if he was in, I was out. I don’t share a platform with bigots (including ones who say it’s all just bants, before restating their bigotry).

“I fully expected to be ditched. He’s a name in this world. I’m not.

“BBC Books made their decision. I’m grateful they took the opportunity to demonstrate that transphobic views have no place in the Whoniverse, both in and outside the stories.”

In a blog post, Roberts attempted to dismiss his anti-transgender tweets as “cheerful vulgarity,” before going on to hit out at “transgenderism and its ideology.”

Roberts added that his “opinions on transgenderism are neither extreme nor unusual.”

He cited other writers including Graham Linehan, who has compared transgender activists to Nazis, and Germaine Greer, who has vented: “Just because you lop off your d**k and then wear a dress doesn’t make you a f**king woman.”

He last wrote for the TV show in 2014 and has not been invited to contribute to any recent seasons.