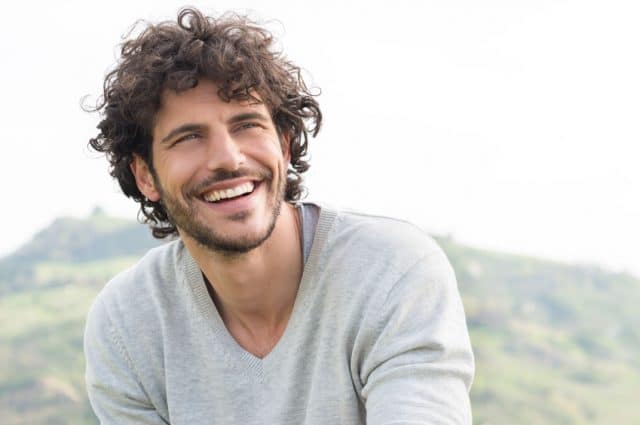 Between the “Birds and the Bees” talk and
sex-education in school, conversations surrounding sex frequently emphasize its
negative repercussions: from sexually transmitted diseases and infections to
social and emotional distress.

Since our society is quick to focus on the
negative consequences of sex, we do not know as much about how sex boosts our health. Sexual health is a
significant contributor to our quality of life, and those who engage in safe
sexual practices can reap lasting physical and emotional benefits.

There are differing views on what constitutes
sex, making it a relatively ambiguous term. Some individuals solely equate sex
with intercourse (sexual contact involving penetration), while others believe
that sex encompasses a wider range of behaviors.

However you define it or prefer it, alone or
with a partner, sex can have several health benefits that might just surprise
you.

Kiss the melatonin goodbye and kiss your
partner hello! Sleep scientist Michele Lastella, PhD., conducted a survey on sex lives and sleep habits in which “64% of
respondents said they slept much better after having an orgasm shortly before
bed, likely due to the release of oxytocin and other endorphins which accompany
orgasms.” Oxytocin is greatly stimulated during sex and has been said to act as
a sedative to reduce the time it takes to fall asleep, according to Lastella.

When you’re around the person you love your
heart skips a beat. Sounds dangerous, right? Well, on the contrary, intimacy is good for your heart’s health! It
is estimated that men who had sex at least twice a week had a lesser chance of
developing cardiovascular disease (CVD) compared to men who only had sex once
per month. A lack of physical activity has been noted as a major risk factor
for CVD, which is the leading cause of death for both men and women in the U.S.
Fortunately, sex is considered a form of exercise and in turn, promotes
cardiovascular health.

Sexual activity gives “getting lucky” a whole
other meaning. Erectile dysfunction is a common complaint
among sexually active men. In fact, 50% of men in their 50’s will experience
difficulties achieving or maintaining an erection, and 70% will by the age of
70. Luckily, a survey of 1,000 men aged 55 to 75 years old concluded that men
who engage in sex at least once a week are half as likely to develop erectile
dysfunction than men who reported having sex less often. Why?
Erections deliver crucial amounts of oxygen to the penis, according to Juha
Koskimäki, M.D., Ph.D., who headed the survey. Low oxygen levels, on the other
hand, can cause scar tissue to develop which can reduce the penis’ elasticity
resulting in the inability to get hard.

Aside from the physical pleasure brought upon
by sex, various research has shown that regular sexual intercourse correlates with a better psychological
well-being, including reduced stress levels. Not only does sex
stimulate the release of mood-bosting hormones like endorphins, oxytocin, and
dopamine, but levels of cortisol (the hormone behind stress) actually lessens
with frequent sex.

You may not be able to find the fountain of
youth inside your medicine cabinet, but you can, however, find the secret to youthful skin in the bedroom.
Having sex improves blood circulation which “provides an oxygen boost to the
skin,” according to dermatologists. Oxygen triggers cell turnover for new skin,
resulting in a brighter complexion. And remember our aforementioned stress
hormone cortisol? Well, cortisol can damage collagen — a protein in our bodies
that keeps our skin elastic. Reduced cortisol levels can improve collagen
production which wards off age spots, scars, and wrinkles.

Everyone has a responsibility to protect
themselves and their partners from sexually transmitted infections and diseases
(STIs and STDs). When engaging in sexual contact, use barriers such as condoms
or dental dams.

Getting tested for STDs regularly is also a
large part of safe sex; and compared to heterosexual men, gay, bisexual and
other men who have sex with men are affected by higher rates of HIV and other
STDs, according to the Centers for Disease Control and Prevention (CDC).

Individuals who identify as LGBTQ also face
greater adversity when it comes to receiving healthcare due to discrimination,
stigma, or concerns about confidentiality regarding sexual orientation.

Below is a list of resources from the CDC
specifically curated for the LGBTQ community: