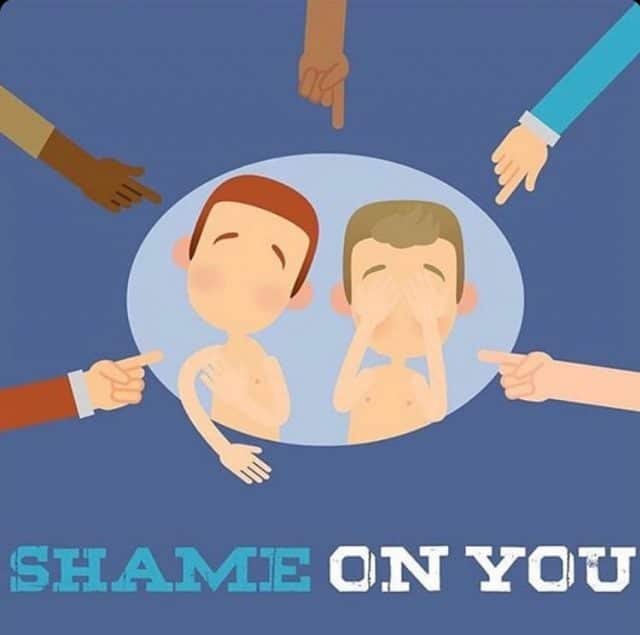 Over the past three years since we launched The Authentic
Gay, we have done our best to uphold our mission of inspiring LGBTQ audiences
to examine what it means to live truly authentic queer lives. To us, queer
authenticity means a lot of things, but to be specific, the idea for our name
was born out of a psychological theory known as Maslow’s Hierarchy of Needs.
Without getting too heady, the basic concept is that in order to live
authentically (or experience self-actualization, meaning achieving one’s true
potential), humans have certain basic needs that must first be met. These are
stacked up in order of priority, such that if the basic needs are not met
first, fulfilling the others is not possible. The structure is as follows:

The impetus for our website was founded on the basic concept
that due to the way our heteronormative society makes queer people inherently feel
inadequate and different, our own personal hierarchies get really fucked over.
Unfortunately for many gay people who get kicked out of their house for their
sexuality, this means the deficiency of the most basic need for safety,
security, food, and a roof over their head. I would extend to say that even for
gays who are out, proud, and self-sufficient, poor self-esteem and
belongingness are still ongoing struggles that ladder back to the queer
experience.

One of my favorite books for gay men is by Alan Downs. As a psychologist and a superbly relatable writer, he discusses the internalization of shame gay men experience as a byproduct of growing up in a straight world. Throughout his analysis, he discusses the idea that gay men often mask their shame by hiding behind severely fit bodies, material success, and why gays are more prone to substance abuse problems. One basic concept he continues to return to is that by overcoming shame, gay men (and all queer people, really) can break through to authenticity and self-actualization.

Here at TAG, our mission has always been to meet our queer audiences wherever they need help within the hierarchy of needs by sharing information, sparking conversation, and trying to make them laugh. However, one of our favorite things about running a gay blog is the opportunity to partner with other organization and individuals who share our same mission. Throw in some serious laughter, creativity, and superb storytelling, and we’re sold. Enter the Shame On You podcast.

The Shame
On You podcast is run by two best friends, Jordan and Brad, who decided to
start a podcast about gay shame. Their mission is ingenious and genuine – to
examine the shame that gay men experience across the age and ethnicity
spectrum, and use humor and relatable storytelling that helps the listener
contextualize and recognize their own shame. Through extreme oversharing,
surprising vulnerability, and a whole lot of laughing, these two are pushing
gay men toward a place where they can comfortably overcome the barriers that
are holding them in patterns of perpetual shame.

But what really makes this podcast so relatable is the way in which Brad and Jordan offer a truly hilarious stream-of-consciousness narrative. They talk to each other and their guests as if the listener is their next door neighbor, going out of their way to mask the identity of people they reference in rather funny banter. While both hosts are based in Toronto, much of their conversation touches on pretty typical gay drama that could really happen in any boystown. As a listener in West Hollywood, I feel like I know every guest they introduce and every character they reference. They touch on everything from dating closeted gays and porn addiction, to interviewing exes and replaying the lifecycle of a gay relationship. At nearly every turn I’m right there with them, in full recognition that I’ve gone through similar experiences.

I’m not one to start books from the beginning or TV shows
with the first episode, and podcasts are no exception. I started a few episodes
in with – a conversation
with an individual the boys describe as an icon, former party monster, and
mother-bear of sorts in the Toronto gay scene. But before jumping into the
episode, Jordan discusses how he was propositioned on Grindr by a trans man,
how he reacted to the situation, and perhaps how it could have been handled
differently. The listener quickly picks up the general format of the show, with
the first segment dedicated to general topics or events that have happened to
either Brad or Jordan that week, and then jumping into a loosely structured interview.

Again, taking a step back to contextualize as the listener, I have no idea who Ben is. In fact, I don’t have any gay connections in Toronto. However, as Ben begins to describe his experience as a maternal figure in the Toronto gay community while touching on what it means to be an Asian man in a Caucasian-obsessed culture, I immediately realized who he represented in my own West Hollywood life.

My favorite segment is when Ben describes his first entry into gay life in Toronto, comparing it to that scene in the first episode of (ironically filmed in Toronto) in which Justin experiences his first night out in boystown. He spares no detail in recounting the energy, the imagery of shirtless men gyrating and making out, and the excitement he felt to finally feel at home. Jordan immediately chimes in, adding that alongside the novelty and exhilaration of experiencing gay culture for the first time comes the feeling of overwhelm, overstimulation, and anxiety. I was immediately reminded of my first experiences going out in the Castro in San Francisco when I moved to the bay area at age 19, and taking in a severe amount of stimulation, imagery, and intensity that I had never experienced before (the readily available ecstasy likely exacerbated these sensations, but you get my point). Over and over I find myself reminded of experiences that I’ve had and continue to have that routinely get brought up in every episode. And while this recall of memory is often enjoyable, many of the discussions Jordan and Brad provoke make me reexamine my own actions, thought patterns, and have even helped me to recognize my own forms of shame that I continue to work on.

Probably my favorite episode so far, even in spite of the
fact that the boys take magic mushrooms before turning on the mic. In this
episode, Jordan shares a letter he once wrote for a former boyfriend, and gets
rather emotional while reading. Was I at the gym while listening to this
episode? Yes. Did I start tearing up while doing squats? Yes, I did. Jordan
talks about years he spent on an emotional bender following the end of a
significant relationship, bettering himself and his own self esteem, and then meeting
the person to whom the letter is addressed. He covers what essentially sounds
like the experience of falling in love again after a long period of emotional
unavailability, and having that love returned for a short amount of time. And
while the overarching story the letter tells is unmistakably sad, it is at the
same time genuinely heartfelt, beautiful, and in many ways uplifting.

One of the things that amazes me about this podcast is the
hosts’ ability to touch on serious topics and expose the most vulnerable parts
of themselves, and turn around and talk about Grandpa sending nudes. I’m
hooked.

I’m going to start by saying I’m so excited this is going to
be a thing! Toward the beginning of their episode entitled Jordan introduces a new consistent
segment that is grounded in the idea that all adults are really just children
who are just barely making it by, but creating the illusion that everything’s
fine.

They then discuss their first use case of a 60-year-old man
who offered Jordan a substantial amount of money for his poop (over Grindr, of
course). And when Jordan refused, the man suggested that he would still pay for
the specimen if Jordan simply left it somewhere for him. At this point, I’m
dying of laughter. THAT’S SOMEONE’S SON, godammit!

Yes, the conversation in Shame On You often
gets crude. No, the hosts aren’t tiptoeing around like politically-correct
Nazis. But the tone, entertainment value, and importance of the topics they
cover and the delivery they employ is captivating and addicting. I am so
excited to hear what they have in store.

You can find them here:

Shame On
You podcast on Apple