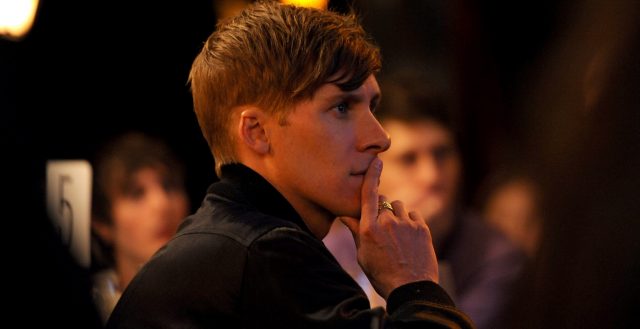 Dustin Lance Black has called for gay sports stars to come out of the closet in a hope to promote further diversity among the sports community.

Black, who is engaged to olympic diver Tom Daley, said that young LGBT people were too “afraid” to play sports such as football because of the lack of diverse role models. The oscar-winning screenwriter said he understands the difficulty, but urged for bravery.

“It’s incredibly brave to come out. I understand that for some people that’s difficult. They need to keep their personal life personal and that’s their choice. I don’t begrudge them for that.

“To those who do come out and make that brave act, you’re saving lives. They truly are,” Black said.

Black’s partner, Tom Daley, came out via a YouTube video in 2013 and received widespread support from fans. He went on to urge more public people to follow in Daley’s footsteps.

Black said: “There are a lot more gay kids out there who love football and want to play football and could be stars in football, but they’re afraid.

“I urge more sportsmen, actors, people in the public eye to come out and dispel those myths, those lies and that shame.”

Black recently hit out at Hollywood stars who hide their sexuality.

Speaking to Attitude, Black hit out at major Hollywood stars who spread lies in order to conceal their sexuality.

He said: “I have no respect for someone who lies about their sexuality.

“At the very least say ‘no comment,’ just keep your personal life personal. But if you’re going to closet yourself, that sends a negative message.”