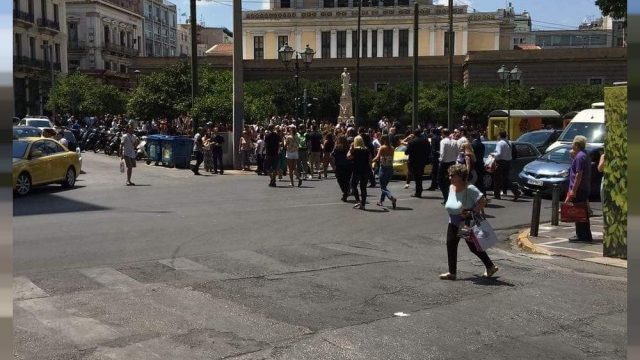 A 5.1 magnitude earthquake hit in a suburb 23 kilometres northwest of Athens on Friday, the Institute of Geodynamics in Athens said.

People in the Greek capital reportedly felt the quake and ran out of buildings. Some said it lasted several seconds, but there are no reports of any injuries.

Electricity problems face Peristeri and Haidari, located northwest of Athens, while in the centre of Athens there are still problems in telecommunications.

Multiple earthquakes in the same area followed ranging from 2.5 to 3.2 on the Richter scale. The European-Mediterranean Seismological Centre (EMSC) said 4.0 million inhabitants could potentially feel the earthquake.

Those in Greece commented on social media in the aftermath that it was very strong and that people felt heavy shaking.