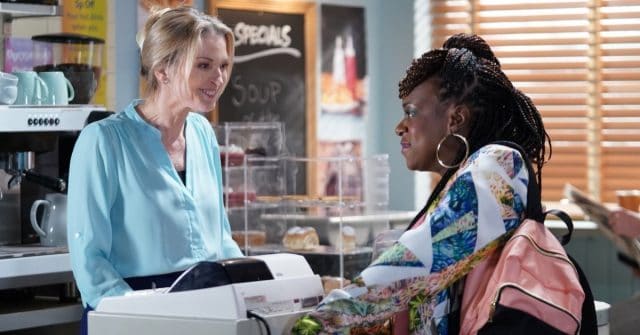 Residents on much-loved UK soap EastEnders are set to get a new LGBT+ drinking hole, character Kathy Beale will reveal next week.

Alongside the new gay bar, Albert Square is set to have its first Pride march this June. The move is meant to help the BBC show reflect London’s diversity more accurately.

The news comes as part of a move towards diversity and inclusion being made by Kate Oates, the new senior executive producer of the BBC show.

Of her move towards greater diversity on the show, Oates has previously said, “I’m really interested in bringing some more LGBTQ characters in. We’re looking at opening a gay bar on the Square which will be a cool precinct where gay and straight characters can all just hang out. ‘It should be something really exciting, really fun, really visual and feel really true to multi- cultural London.”

Kathy Beale (Gillian Taylforth) will announce that she’s taken over the lease of derelict bar The Albert and is planning on turning it into a gay bar.

Her move will come as a shock to Kim Fox (Tameka Empson), the previous owner of the bar, who finds out about the plan on her birthday.

Kim will be appeased though when Kathy asks her advice on running the bar, and will apparently be “ecstatic” when she learns that Kathy plans on making it into a gay venue.

Later in the show, Kathy will also tell her son Ben Mitchell (Max Bowden) that she was able to afford the bar because she sold a necklace he had given her.

EastEnders first introduced a gay character – Colin Russell, played by Michael Cashman, in 1986. It was Colin who was first involved in the show’s first gay kiss, broadcast 30 years ago.

The brief, chaste peck on the lips between Colin and his boyfriend Guido Smith (Nicholas Donovan) caused an uproar in 1989 Britain, where the government of Margaret Thatcher had recently introduced Section 28, a controversial law banning local authorities and schools from “promoting” homosexuality.

Oates’ storylines have been screening sinceFebruary 2019. In May this year, she was one of the people singled out for praise when EastEnders won the BAFTA TV award for continuing drama.