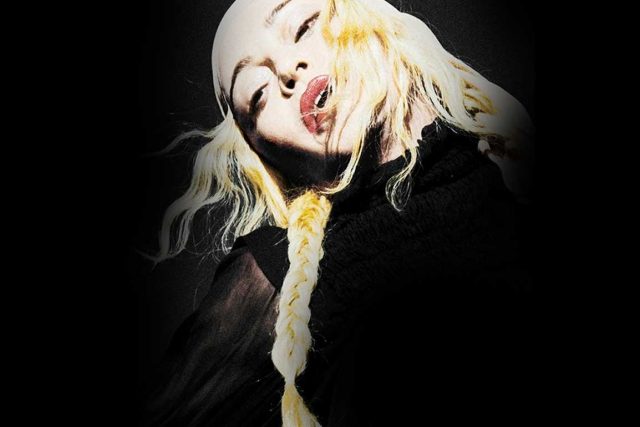 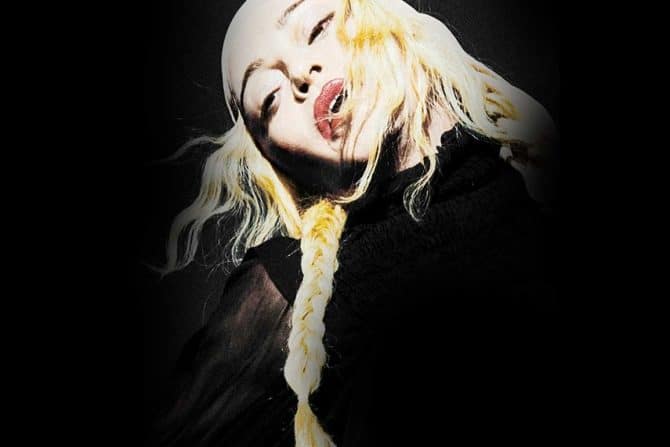 Madonna released her fourteenth studio album Madame X today and it’s being praised by critics and fans alike as a bold, albeit bizarre, return to form by the Queen of Pop.

The album immediately shot to #1 on iTunes upon its release.

Slant calls it “eccentric” and “exhilaratingly batsh*t” and says it “sounds like the work of an artist reawakened.”

The Guardian labels it Madonna’s “most bizarre album ever” and says its “most memorable songs are definitely its strangest.”

And NME describes it as “bold, bizarre, and unlike anything Madonna has ever done before.”

In the spirit of Madonna being totally weird (and totally awesome!) on her fourteenth album, we’ve done a roundup of 14 of the weirdest, wackiest songs from her entire catalogue.

Most of these songs are rare b-sides and bonus tracks, with a few deep tracks and unreleased songs thrown in for fun.

The b-side to Madonna’s 1989 single “Cherish” was recently included in the 30th Anniversary edition of Like A Prayer. It’s a spooky song about Madonna being seduced in the middle of the night by a ghost with an outrageously large “super-duper naturally big thing.” Need we say more?

The bonus track on the Japanese and Australian editions of Madonna’s 2000 album Music, this Sanskrit dance song was a follow up to Madonna’s other Sanskrit song “Shanti/Ashtangi,” which appeared on her Ray Of Light, and is one of those rare instances where the sequel is actually better than the original.

The b-side to Madonna’s 1993 single “Rain,” this is actually a remix of another Madonna b-side, “Goodbye To Innocence.” “There are some who believe that I owe them something,” she croons, defiantly. “But they’re wrong, I owe nothing to no one but myself.” Never before have truer words been spoken.

This mildly off-putting bonus track from the International Super Deluxe edition of 2015’s Rebel Heart samples the auto-tuned cries of an infant over a hip hop beat as Madonna compares herself to a baby waiting in her crib for her lover to come home and “rock me, rock me now.”

Jose Gutierez Xtravaganza and Luis Camacho Xtravaganza were originally recruited by Madonna for her “Vogue” music video and later tagged along for her  Blonde Ambition Tour. Returning the favor, she appeared as a featured artist on their single “Queen’s English,” a musical lesson in ’90s queer slang. “Queens that read are the best,” she purrs. “And they can also get a job and werk.” Werk!

Not to be confused with Anita Ward’s 1979 hit with the same title, this bop was only included as a bonus track on the Japanese edition and Target Special Edition of 2008’s Hard Candy. In it, Madonna encourages her lover to “lose your attitude” and “ring my bell” before flipping the script and telling the guy “you can’t!” There are also some curious references to members of her family (her daddy, her mama, her sisters, and her brothers) also wanting to ring her bell, and for her to ring their bells, prompting the listener to wonder just what the hell sort of bell she’s talking about.

The eleventh track from Madonna’s 1990 soundtrack album I’m Breathless is part remix part duet with actor Warren Beatty and it’s totally bizarro. The tune opens with the sound of a record scratching before a ’90s dance beat kicks in. Later, it incorporates various Madonna and Dick Tracy voice clips, ending with her saying “Dick” pitch-shifted into notes that fit song’s melody.

Less bizarre and more just fun, the b-side to 2006’s single “Jump” is a cheesy but inspiring dance floor anthem about everyone coming together and making the world a better place that quotes Dr. Martin Luther King, Jr. (Fun fact: An alternate version of the song leaked online in 2007 featuring completely different vocals, lyrics, and a new structure that’s equally as good.)

The b-side to Madonna’s 1994 single “Secret” is about, as the title implies, getting one’s paramour to let down their guard and have a little uninhibited fun between the sheets. The song’s beat and vocals are probably a bit too jarring for the casual Madonna listener, but for us stans it’s an interesting addition to her ’90s catalogue.

This club banger from 2000’s Music takes listeners on a space odyssey through the cosmos and beyond. Backed by laser noises and synthesizers, Madonna sings nonsensical lyrics (“I like to singy, singy, singy, like a bird on the wingy, wingy, wingy”) in a distorted voice. It was included in her Drowned World Tour, where it received an equally weird performance.

Madonna literally takes listeners to church in the b-side to her 1990 single “Justify My Love.” This sultry remix includes passages from the Book of Revelation seductively read over a trip hop beat that somehow manages to be both sexy and biblical at the same time.

A bonus track from 2012’s MDNA, Madonna is joined by rapper M.I.A. as the two sing about the joys of celebrating one’s birthday… without consuming any drugs or alcohol. The head-scratching bop has a sort of ’60’s girl group vibe and contains the lyrical gem, “My type of party there’s no hangover/We get high and we still stay sober.”

Originally recorded for 2005’s Confessions on a Dance Floor, this one finds Madonna imagining all the things she might have been had she not been a singer, including a lion, a lemon drop martini, and the President of the United States of America. The song was scrapped from the album (we can’t imagine why!) but was later sent to members of Madonna’s official fan club as a digital download.