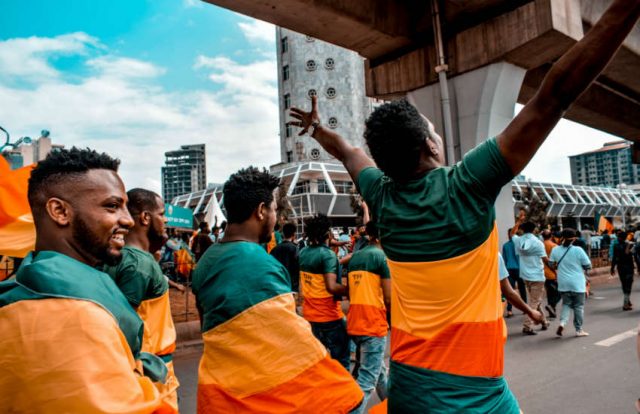 An LGBTI tour operator say they received threats after revealing plans for a 16-day trip to Ethiopia.

Toto Tours, based in Chicago, is offering a 16-day trip to Ethiopia at the end of October. The tour includes religious sites such as Bahir Dar and churches in Lalibela.

However, this has angered the Christian and Islamic communities within the country. So much so that the Ethiopian Orthodox organization, the Sileste Mihret United Association, is alluding to violence.

Dereje Negash, the association’s chairperson, told AFP: ‘Homosexuality is hated as well as being illegal in Ethiopia. Toto Tours are wrong to plan to conduct tours in our religious and historical places.

‘If Toto Tours comes to Ethiopia where 97% of Ethiopians surveyed oppose homosexuality, they will be damaged, they could even die.’

Dan Ware, owner of the company, told the he would be respectful to the country’s laws.

He said: ‘We are humble and loving people, we come with no harm in mind, nothing we do is going to harm anybody and yet we are being threatened with harm.’

Ware added that this could reflect badly on the country’s tourism industry: ‘The eyes of the world will be on us when we come and whatever is done to us will reflect tremendously on the Ethiopian culture and its tourism industry.’

Same-sex activity is illegal in the country, with those caught facing up to 15 years in prison.

Toto Tours has been operating since 1990. The company say they are ‘dedicated to creating exciting opportunities that enable our community to explore the wonders of the world in comfort and safety while having the time of our lives.’

The tour company caters to gay and lesbian adults, as well as their close friends and families, according to their Facebook page. This is not the only tour heading to a country where same-sex activity is illegal. They have trips planned to Botswana, Bhutan, and Egypt (where it is de facto illegal).