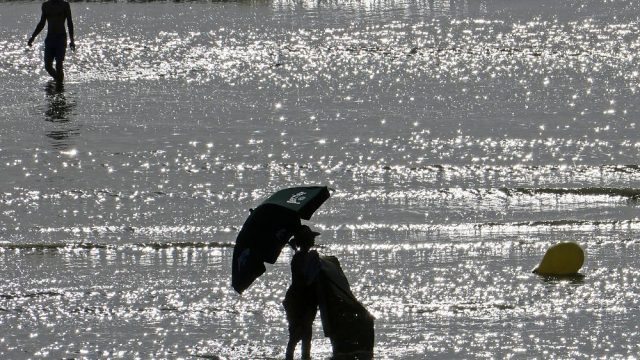 Another heatwave is set to engulf parts of central and northern Europe this week, bringing expected record-breaking temperatures after a similar weather event in June.

The UK’s Met Office said on Monday that the country’s all-time temperature record could be broken by Thursday, surpassing the high of 38.5°C recorded in Kent in August 2003.

Paul Gundersen, the Met Office’s chief meteorologist, said the setup was “broadly similar” to the June heatwave, when an area of hot air moving north from the Sahara desert embraced parts of the continent.

He added: “As well as high temperatures during the day, overnight temperatures will also be notably warm and could also break records.”

This time around, the hot air is moving north from the Iberian peninsula.

Record-breaking temperatures may also hit France on Thursday — although they are not expected to reach the all-time high of 46°C, which was felt last month.

But forecasters say the latest heatwave could topple Paris’ temperature record of 40.4°C, which was reached in 1947, and could also fall in other cities including Bourges, Lille and Reims.

France is currently struggling with a drought due to a dry period felt since the last heatwave, which is expected to be further aggravated this week.

Meanwhile, orange weather alerts — the second highest alert — have been put in place across 59 departments in the country in preparation for the scorching heat.

In Portugal, more than 1,000 firefighters are battling to control a wildfire in the Castelo Branco region, which has injured 39 people.

Authorities said on Tuesday that 90% of the fire in the region had been brought under control, but continued high temperatures could make conditions “very complicated”.

Belgium, Germany and Switzerland are also expected to feel the effects of the recent heatwave, and, unlike June, Scandinavian countries will too.