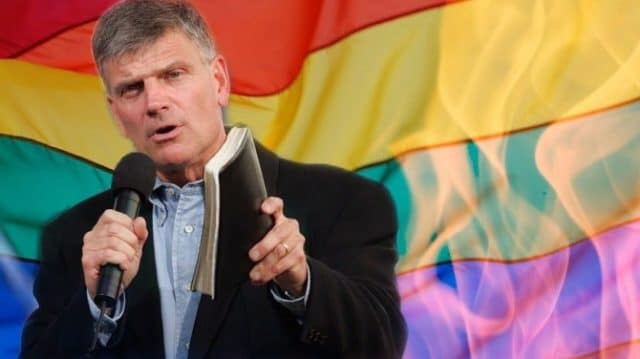 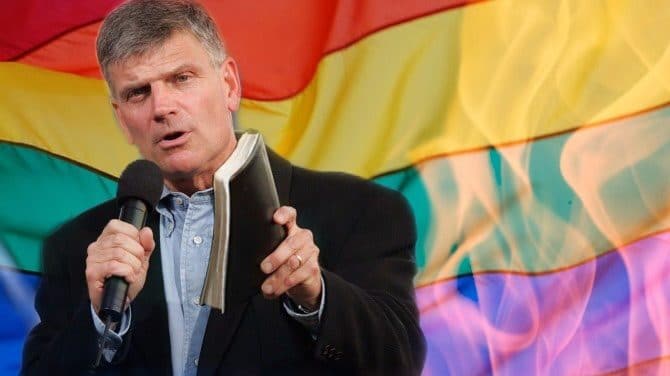 Noted holy roller, evangelist Franklin Graham, posted a bizarre thank you to Donald Trump via Facebook for not flying the Pride flag at US embassies. The reason: Graham claims the flag offends Christians.

“I want to thank President Donald J. Trump and Secretary of State Mike Pompeo for making the decision not to fly the gay flag over our embassies during June in recognition of gay pride month,” Graham said in his post. “That is the right decision. The only flag that should fly over our embassies is the flag of the United States of America. The gay pride flag is offensive to Christians and millions of people of other faiths, not only in this country but around the world. The U.S. flag represents our nation—everyone—regardless of race, religion, or sexual orientation.”

Trump’s refusal to fly the flag reverses an Obama-era policy that allowed embassies to fly the Pride flag alongside the American Flag during the month of June. The Trump administration did not make an official announcement regarding the reversal; rather foreign embassies in Israel, Germany and elsewhere all reported that the flag had been banned via the State Department.