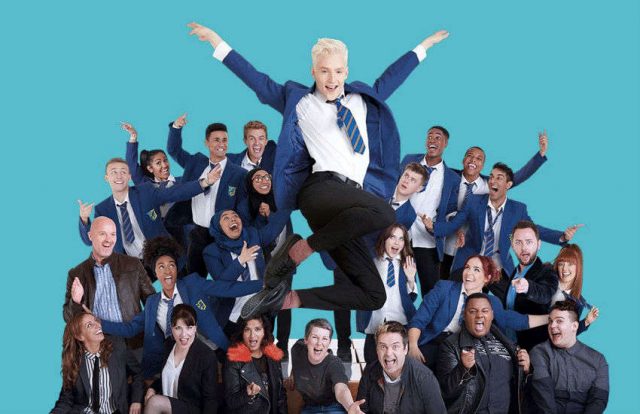 Hit musical Everybody’s Talking About Jamie is to be made into a film, it has been confirmed.

The West End show, which tells the true story of teen drag queen Jamie Campbell, will be adapted to the screen by Twentieth Century Fox.

The movie version will star newcomer Max Horwood as the titular Jamie. In the story, Jamie outgrows the Sheffield council estate and school where he doesn’t fit in.

Richard E. Grant will play the older drag queen who mentors Jamie. Richard last year landed an Oscar nomination for his role as a gay man in Can You Ever Forgive Me?

The film will be recreated by the musical’s original creative team, including director Jonathan Butterell, writer Tom MacRae and composer Dan Gillespie Sells.

Dan is of course known as the frontman of indie pop band The Feeling. He and his bandmates’ hits include Sewn and Never Be Lonely.

In a joint statement, Butterell, MacRae and  Gillespie Sells said: ‘Who would have thought when Jamie Campbell first put on his prom dress, that seven years later we would have brought together the best of British and Irish acting talent to tell his story?

‘As well as launching a brand-new star in Max Harwood to play Jamie himself, we’re so thrilled to welcome Sarah, Richard, and Sharon to the Jamie family. Now the party’s really getting started.’

The stage production was inspired by the BBC documentary Jamie: Drag Queen at 16. Meanwhile the show debuted at the Crucible Theatre in Sheffield. It of course continues to run on the West End, at the Apollo Theatre.