Home Gay Life Ex-beauty queen: “Coming out as conservative is harder than coming out as... 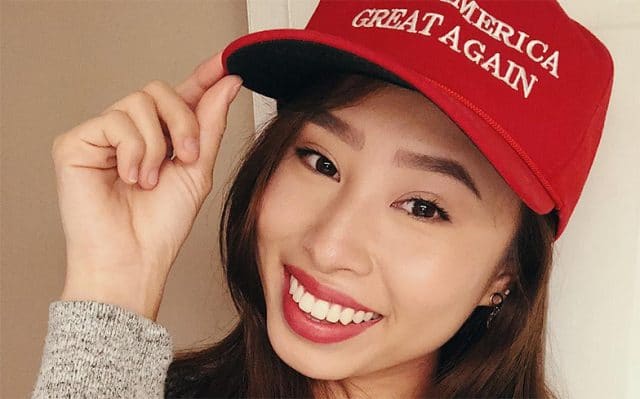 On Friday 19 July, 20-year-old Kathy Zhu shared a screenshot of an email she received from the Miss World America organisation, informing her that she would be stripped of her Miss Michigan title, which she had recently won.

“It has been brought to the attention of Miss World America that your social media accounts contain offensive, insensitive and inappropriate content,” the letter said, adding that she no longer met the requirement of “being in good character”.

Kathy claimed that the social media posts in question referred to “black on black gun violence” and her “refusal to try on a hijab”.

According to Orlando Sentinel, one of the tweets, which appeared to address the Black Lives Matter movement, read: “Did you know the majority of black deaths are caused by other blacks? Fix problems within your own community first before blaming others.”

Despite the fact that the tweets in question have reportedly been deleted, Kathy told The Independent in a statement: “I stand by each and every one of my tweets on my account.”

She also added her opinion that “coming out as a conservative is way harder than coming out as gay in today’s society” and said she was glad to have a platform to “speak out about the unjust treatment of conservatives”.

In a video posted to Twitter, Kathy claimed that she was facing discrimination for having conservative political views.

“This is about an organisation discriminating against people with different opinions, calling people racist when they’re not,” she said. “Little attacks like those really diminishes the value and the truth of the word racism.”

Kathy will no longer go on to represent Michigan in the Miss World America pageant in Las Vegas.