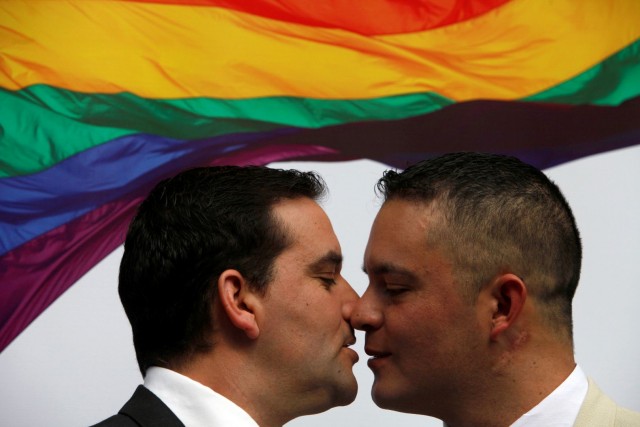 Last year, in October, Chile has passed the law that allows same-sex couples to enter into a civil union, legalizing their relationship.

Hugo Alcalde, a police officer who is an out gay man has taken advantage of the law and entered a civil union with his partner, Jose Luis Valdes.

Alcade is the first gay out police officer in Chile, and he revealed that coming out can be hard but for him it was a weight off the shoulders.

“To let everyone know that you’re gay isn’t easy, but if you have the support of friends, family, and the people that you know, there’s no problem,” said the police officer after celebrating the union with his partner.

“It’s a weight off your shoulders,” he added.

The leader of the Chilean gay rights group, Movilh, Rolando Jimenez thinks that this is a big step for the LGBT community when it comes to inclusion in the military. Hugo Alcade serves as a role model for those who fear that being gay could affect their career in police or military sectors.

“So, this is an historic milestone, and we thank and value the bravery of this first officer to publicly take this step,” he said.

However, “the civil union doesn’t end our struggle. We’re demanding same-sex marriage. We’re going to request for the measures stuck in congress to be revived,” Rolando Jimenez added.