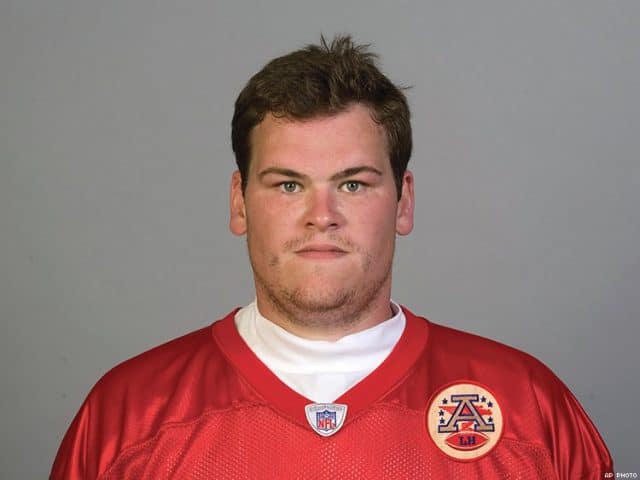 Before coming out, the former Patriots and Chiefs player planned to spend his life playing football or end it completely.

Ryan O’Callaghan, the 33-year-old former offensive tackle of the New England Patriots and Kansas City Chiefs, came out as gay to Outsports this week.

“If you’re a gay kid and you hear someone you love say ‘fag,’ it makes you think that in their eyes you’re just a fag too,”

O’Callaghan told Outsports after celebrating his first ever Pride in Los Angeles. “That got to me a lot.”

The 6-foot-7, 330-pound athlete was drafted by the NFL after becoming a star player at the University of California, Berkeley. In his interview, he explained how his stature, along with a helmet and jersey, served as his personal closet. “No one is going to assume the big football player is gay,” he said. “It’s why a football team is such a good place to hide.”

After several injuries ended his lucrative football career, O’Callaghan’s distraction was dead. Faced with his fears of living as an openly gay man, he began abusing painkillers, hoping to numb himself completely. With an overwhelming addicition and on the verge of suicide, he found that coming out was his last hope to not only survive but live.

Now out of the closet personally and publicly, O’Callaghan remarked, “Being gay wasn’t just a small detail in my life, it consumed it. It’s all I would think about. But now that I have come out it rarely crosses my mind.”