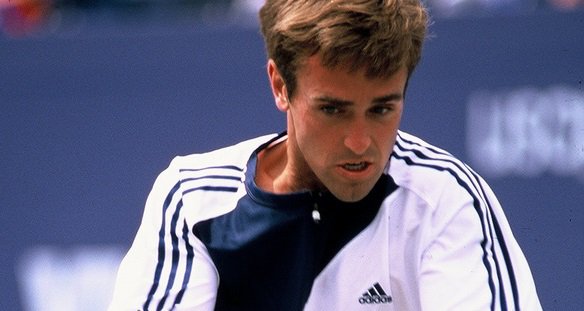 The former ATP top 100 player has revealed that he has a husband and twin baby sons.

Ex-professional US tennis player Brian Vahaly has come out publicly as gay.

The former ATP top 100 player, who reached a career high ranking of No. 64 in 2003 before injuries led to his eventul retirement form the sport in 2007, spoke publicly about his sexuality for the first time in Sports Illustrated‘s Beyond the Baseline podcast.

The 37-year-old revealed that he is now married and is the father to 10-month old twin boys, which he and his husband had through a surrogate.

Vahaly, who began a career in finance after quitting the sport, says he only learned to accept his sexuality after leaving the tennis world behind.

“I had to come to terms with my sexuality and that was not easy, especially coming from a sports background,” he explained.

“It was a long learning curve that I’m happy to be on the other side of now … The new normal is exciting and it’s great but it was tough to go through.”

The news makes Vahaly just the second male tennis player past or present to come out publicly as gay, joining Paraguay’s former world No. 373 Francisco Rodriguez, who came out in retirement in 2008.

While the women’s game has long-boasted active gay tennis players, including grand slam champions and former world number ones Billie Jean King, Martina Navratilova and Amelie Mauresmo, no one on the men’s side of the game has ever come out as gay while still playing the sport.

Vahaly, who wed his husband in 2015, said he didn’t know how a openly gay player would have been received during his own era.

“If you looked at it today I think the odds are it would be a much more welcoming environment than perhaps it was in the early 2000s,” he said.

“Back then, even if you were just friends with gay people that was somehow a reflection of you and your sexuality, they were sort of stigmatized in that way.

“I think now you see some of the best athletes in the world saying ‘I think this is great, I support the cause’ … That kind of leadership did not exist at that time.”